You are here: Home / Uncategorized / The Top Vacation Spots in British Columbia

British Columbia is one of the most popular regions in the country. The province has islands, rainforest, beautiful stretches of coastline, mountains, lakes, two outstandingly picturesque cities, and numerous attractive towns and ski villages. We’ve listed the best vacation spots in British Columbia. 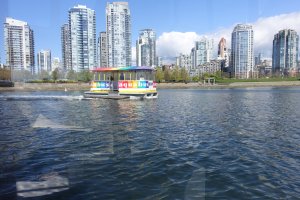 The city is renowned for its natural beauty and cultural diversity. For thousands of years the Coast Salish people have called the area now known as Vancouver home, and their history and cultural traditions, deep respect for nature, and spirituality are all tightly woven into the city’s cultural fabric. Top spots for exploration include downtown’s Stanley Park, with its old-growth cedar forests surrounded by water views and sandy beaches, and the Granville Island Public Market. Other popular neighborhoods include the West End, Gastown, Yaletown, and Chinatown.  The Canada Mortgage and Housing Corp. has lowered the vulnerability rating of Vancouver’s housing market to “moderate,” marking the first change in three years as prices have eased. Vancouver Houses for Sale will require a very healthy bank account, with prices starting at $1.6M in the less-preferred neighborhoods. It’s not unusual to hear about a typical family home selling for upwards of $3M.

Haida is dotted with small villages, each worthy of exploration. Learn about Haida specialties such as woodcarving and canoe making at the Haida Heritage Centre in Skidegate, dig into some of the island’s best local seafood (wild prawns, freshly caught halibut) at Charters Restaurant in Masset, or hike through mossy forests and across driftwood-strewn beaches in the coastal Naikoon Provincial Park.

The Canadian Rockies stretch 900 miles northwest from the Montana border. They began forming around 80 million years ago, making them 400 million years younger than the Appalachians. Their relative youth shows in their sharper edges and rough faces that contrast beautifully with the smooth lines of the glacial lakes they hold. These can take on downright surreal colors thanks to the microscopic bits of a ground-up mountain that comes off a glacier when it melts. The lakes and peaks combined create gob-smacking scenery at any time of the year. But since a car is indispensable for visiting the Rockies, accessing their beauty is easiest in the warmer months, when the highways are clear. If the open road is calling you in the summer, a road trip to the Rockies is always a good idea.

The Great Bear Rainforest stretches some 400 kilometers (250 miles) along the central and northern coast of British Columbia from Knight Inlet to the Alaska Panhandle. You can approach the Great Bear Rainforest in several different ways: roads get you only so far in the wilderness. Or, venture into the Great Bear Rainforest by sailing along the BC coast. June to August are the warmest months to visit the area. The bear-viewing season runs from June to October. The best chance to see bears is during the annual salmon run from late August to September or October when these magnificent creatures hunt fish.