Hi Frugalistas! The first words I heard when I entered Père Lachaise Cemetery in Paris made my heart sink.  “Where’s Morrison?  I have to find Morrison.  There’s no point coming here if we don’t see Morrison…..”  Precisely the reason I had taken until my tenth trip to Paris to visit Père Lachaise, despite it being arguably the most famous cemetery in the world.  The cult of celebrity.  And even worse, the cult of dead celebrity……  I wasn’t sure why exactly I was visiting Père Lachaise.  But I knew it definitely wasn’t to visit dead celebrities.  At the end of my visit, I found plenty of reasons to recommend Père Lachaise as a place to visit on your next trip to Paris – whether it is your first or your tenth! 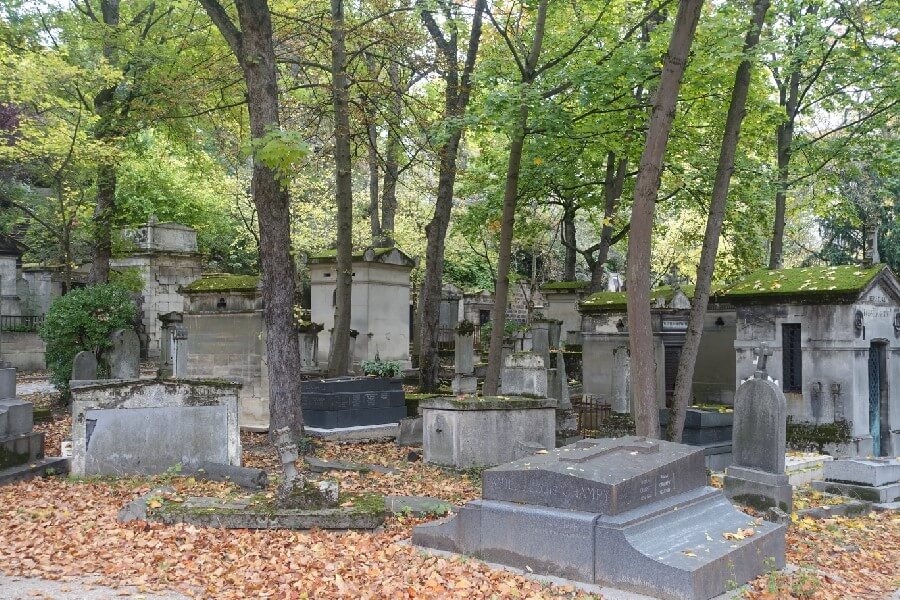 I arrived in Père Lachaise Cemetery on a cool, grey Sunday autumn morning.  A few French families were gathered with flowers at the entrance.  Another small group of 10 people or so were with a French guide, starting a guided tour of Père Lachaise.  I arrived with no plans and no preconceived ideas.  I wanted to experience Père Lachaise and find out why it might be the most visited cemetery of all. 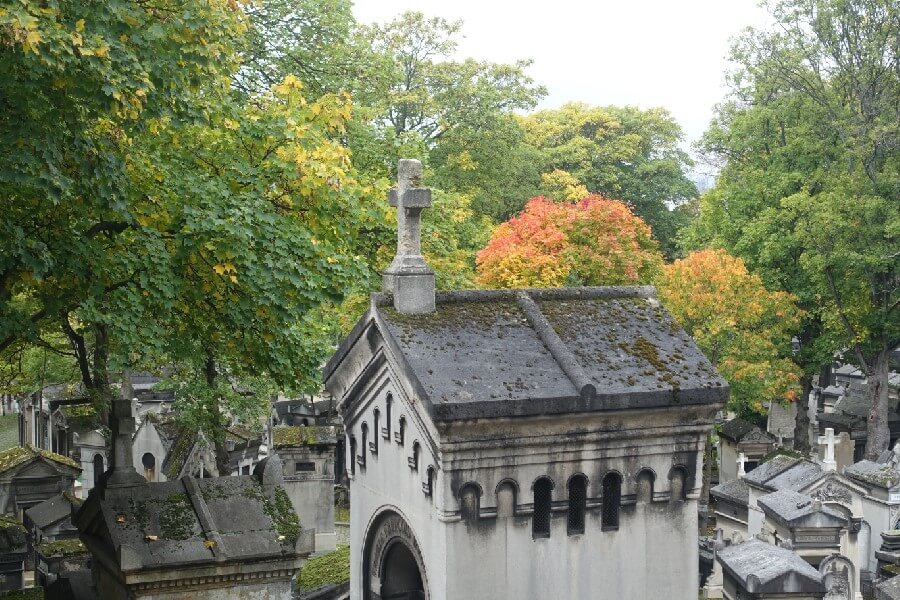 Père Lachaise isn’t just rows and rows of gravestones.  It’s architecture is rich and lush.  From high Victorian Gothic to Art Nouveau to the starkly modern, mausoleums tell the story of the architecture of Paris.

THE ULTIMATE PARIS ADDRESS BOOK is your insider address book to Paris with 90+ pages and 340 listings of places to sleep, eat, shop and see. Listed by arrondissement, and with a section at the back for your own special finds, The Ultimate Paris Address Book is the perfect accompaniment to a traditional guide book to plan your trip to Paris. From where to find a charming country lane in the middle of Paris to the latest hip eatery​ in a fashionable arrondissement. CLICK HERE TO FIND OUT MORE 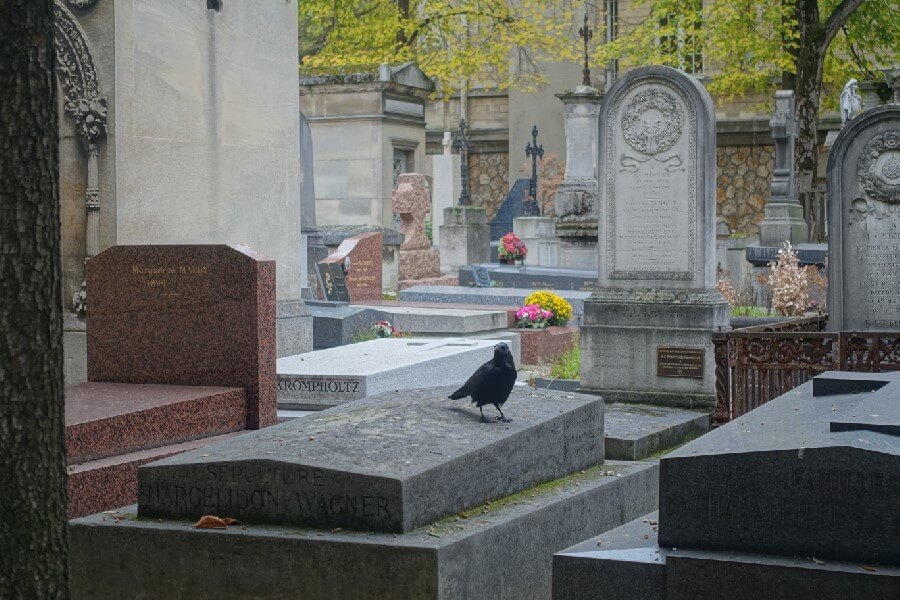 Père Lachaise is built on a hill.  Like any village, climbing the hill affords some spectacular views over the roof tops.  With the autumn leaves, and moss on the roofs there really are some stunningly beautiful views and outlooks.  In fact, at times I forgot I was in a cemetery.  It really was like a village. 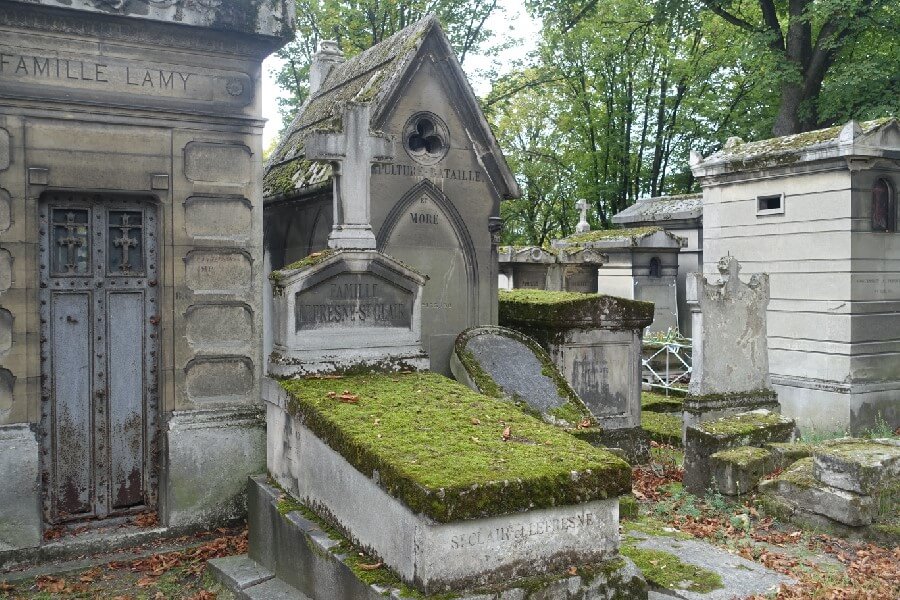 As you walk around Père Lachaise, the people of Paris, some long gone, some more recently departed, will come to greet you.  If you look.  Whole families.  The old.  The young.  Sometimes the painfully young.  But there was one thing I noticed about the people of Paris in Père Lachaise that was very different.  I don’t know about you, but in the Australian burial tradition, different religions are buried in separate sections.  There is a Jewish section separate from the Christians.  The different branches of Christianity are even separate.  Père Lachaise is a very different community.  Jews and Christians.  French names, Russian names, Chinese names and English names, all side by side. 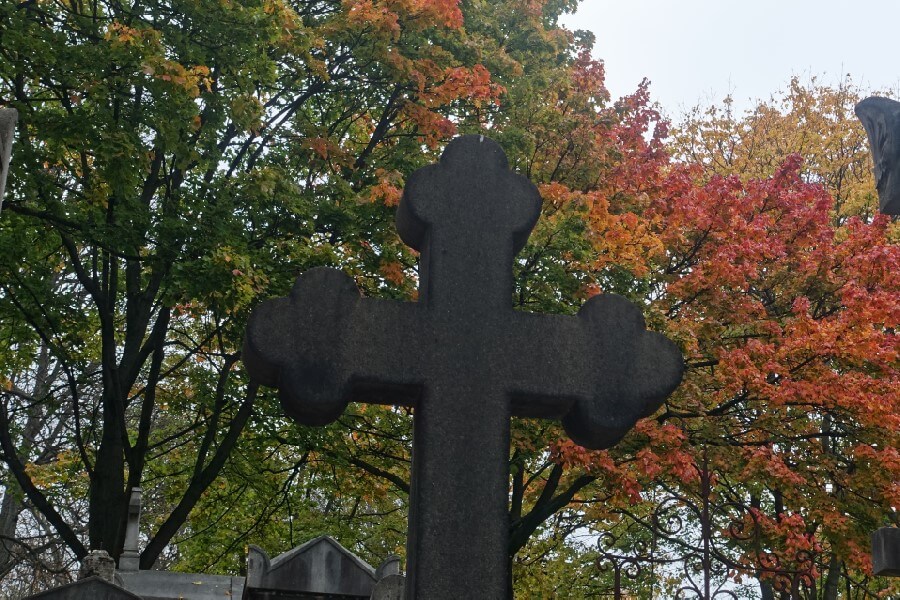 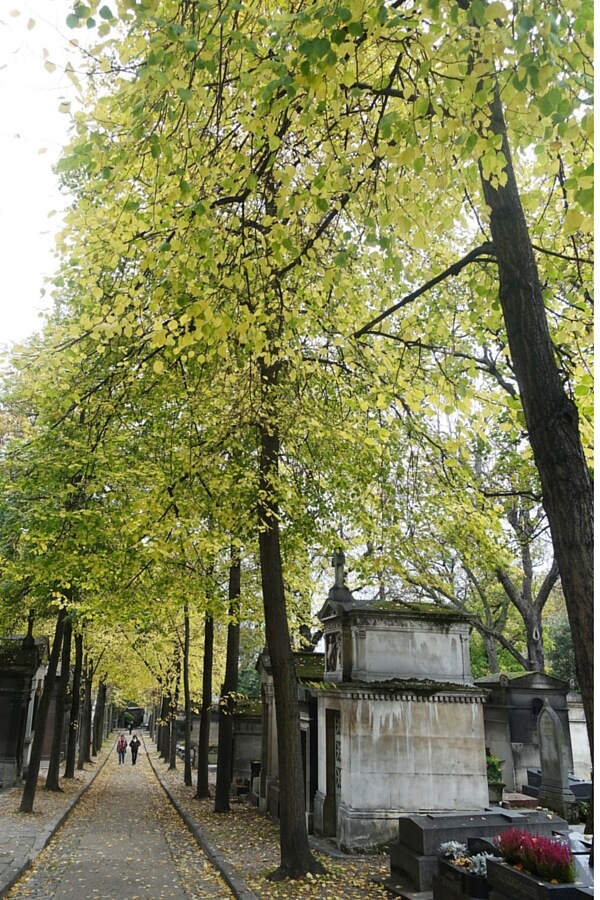 Final reflections on my visit to Père Lachaise Cemetery

I wonder if that group of young American tourists found Jim Morrison’s grave in Père Lachaise?  But more importantly I wonder whether they heard the sounds of the cemetery?  Whether they absorbed the atmosphere?  Whether they appreciated the community of Parisians from all walks of life who chose Père Lachaise as their final resting place? 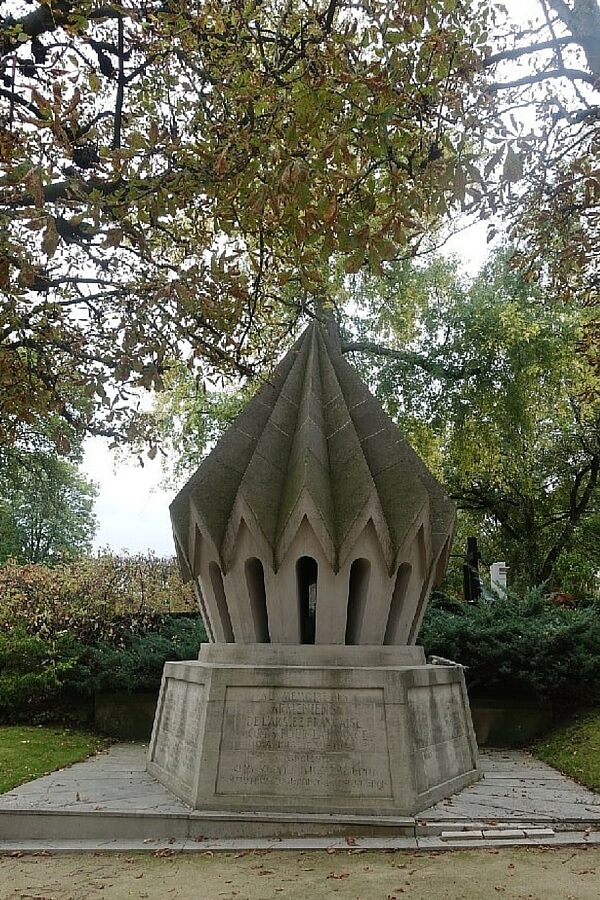 I would argue that the reason you shouldn’t visit Père Lachaise is to look for dead celebrities.  And in particular dead celebrities who just happened to die in Paris. Why you should visit Père Lachaise is for its history, its beautiful, sometimes faded architecture, its peace, and its sense of the Paris community of the past 150 years.  Parisians together.  In death, just as they were in life. 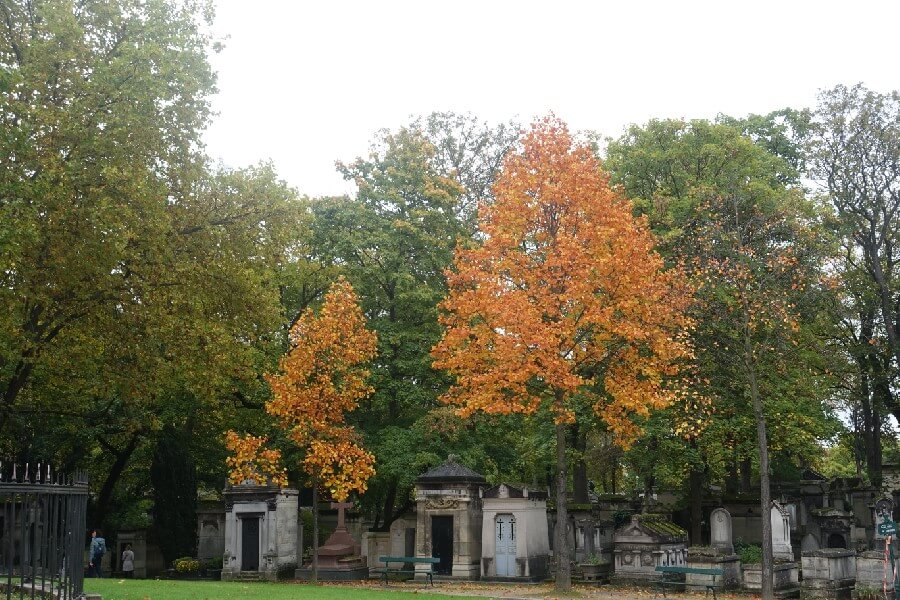 If you read my last post you can start your Belleville and Butte Chaumont walk at the northeastern exit to Père Lachaise.

Have you been to Père Lachaise?  I’d love to hear what you thought of it.

If you prefer a guided tour, With Locals offer a private guided tour of Père Lachaise, which you  can click here to check out >> 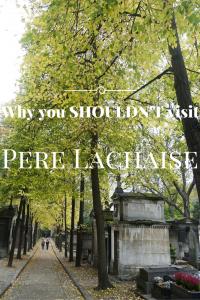 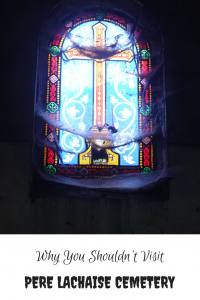