You are here: Home / Uncategorized / Cardiff: The atmospheric capital of Wales

Welcome to Cardiff, the atmospheric capital of Wales and an emerging alternative European destination. Local tongue twisters can often confuse you, but its vibrant identity, vibrant cultural life and elegant, warm hospitality win the visitor over. 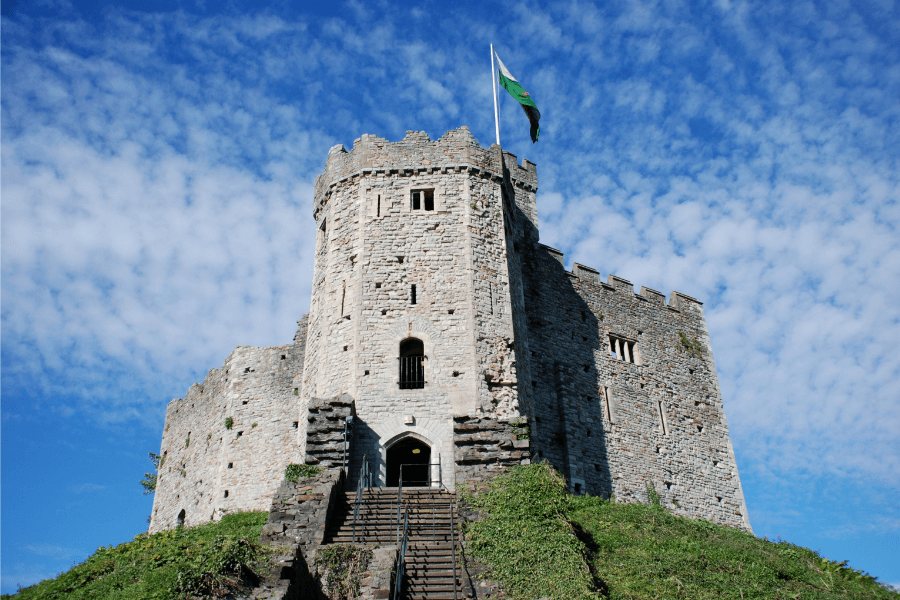 Just over two hours by train from central London, Cardiff offers the comforts and cultural diary of a modern European metropolis, without the noisy “traffic” of stimuli that often characterize the English capital. In the galleries and sidewalks, gardens and multicultural setting of Cardiff Bay, life flows more relaxed, with sporadic injections of British temperament that invite the unsuspecting wanderer to explore.

Cardiff Castle, a majestic Gothic jewel in the vast expanse of Bute Park, has been pulsating and relaxing in the city centre for two millennia. A hyena, a bird of prey, a leopard and a dozen other animals climb the perimeter wall as if running to escape an invisible mythical threat – or rather, determined to rush into the modern city’s pedestrian routine. Its imposing sculptures Animal Wall, signed by architect William Burges, links the park’s natural kingdom and the castle’s fairytale towers.

From the carefree walks on the green banks of the Taff River and the afternoon tea overlooking the scenic Pettigrew Tea Rooms at the entrance to the Bute, the décor leaps into the styles, cultures and decades – or we may say centuries – in the interiors of the castle, decorated with maximalist beauty by Burges. Inspired by Arabic and Mediterranean culture, among other things, he combined marbles, murals, a majestic fireplace with a Greek inscription (one of the libraries is loomed by the neoclassical figure of Sophocles), wood carvings and glass paintings. The place’s ambience becomes noticeably more austere on the castle’s grass, where one can see the original Roman Wall’s remains.

Leaving behind the atmospheric flora and bizarre fauna of the centre, we descend to the now-familiar Gulf of Cardiff. Since the beginning of the new millennium, when the famous renovation began, an area starred in tourist postcards, raising its stature aesthetically, artistically and tastefully. Absolutely modern in concept, the Wales Millennium Center by local architect Jonathan Adams steals the show with unquestionable local identity in the bay’s current multicultural puzzle.

House of the Welsh National Orchestra, among other things, hosts on a bold stylistic background from wood, glass, slate and steel famous performances of the London West End to dance, opera and literature. Diametrically opposite in appearance, and a history dating back to the Industrial Revolution, the low-key Norwegian Church Arts Center across the bay has an equally exciting menu of exhibitions, concerts, theatrical performances and, most importantly, delicious cakes served by the Cafe Norsk accompanied with this magical blue of the sea.

If you plan to visit Wales exclusively and do not combine your trip with visiting England, you can use the plane and arrive at Cardiff Airport. Of course, you can use all the means of transport that Cardiff offers, such as buses, trains, etc., but the ideal solution for your travels is to rent a car. Renting a car will give you the freedom to explore all the fantastic and remarkable places of Cardiff and the surrounding areas mentioned above while saving a significant amount of your total budget.

Driving into the city of Cardiff and then to the bay is an encounter you must experience. If you’re looking for car hire in Cardiff, Enjoy Travel offers you a huge variety of cars at unbeatable prices for your travels to Cardiff, allowing you to pick up your car directly upon arrival at the airport. In this way, you will have solved your movement’s problem from the first moment of your trip in order to experience Cardiff’s greatness fully.