You are here: Home / Uncategorized / A Few Days In Romania

Romania can be one of the best destinations in Europe for travellers who would rather not spend too much money. It’s relatively easy to get to from many other places in Europe, the cost of living (or visiting) can be less extravagant, and much of what you’ll enjoy is simple sightseeing. So, let’s talk about how you might spend a few days in this pretty Balkan nation.

How To Get To Romania

Romania is largely land-locked, and is thus accessible from much of Central and Balkan Europe. Specifically, it shares borders with Ukraine, Moldova, Hungary, Serbia, and Bulgaria. You can drive into the country if you’re touring Europe on your own, and the Eurail passes through as well. There are also multiple international airports in the country, including the Henri Coanda International Airport in the capital city of Bucharest (near the southern border with Bulgaria).

Getting Around In Romania

Unless you really know your European maps, it’s a good bet that Romania is a larger country than you think. It’s often lumped in as just another Balkan nation, which can lend the impression that it’s just a small one of many. In truth, it’s a larger nation than Hungary, Slovakia, Serbia, and Bulgaria, not to mention Greece! That said, it’s not too difficult to get around. One travel site refers to trains as a slow but reliable way of getting around, given that the network of tracks covers most of the country, and reaches most places you might want to go. City buses are fairly reliable as well, and driving a rented car is always an option.

Things To Do In Romania

If you ever look seriously into a trip to Romania, you’ll quickly find that castles are among the main attractions – which again is wonderful for frugal travellers. The first that comes up, sometimes, is Peles Castle, which is just a striking building to visit. Built in the 1870s in the country between Bucharest and Brasov, it was originally intended to be a summer retreat for Romanian rulers. Ornate enough to be a picture in a fairy tale and set against a striking mountainous backdrop, Peles Castle is a wonder to behold from the outside. It’s also a great deal of fun to explore inside, since it’s been converted into a museum showcasing art and medieval arms. 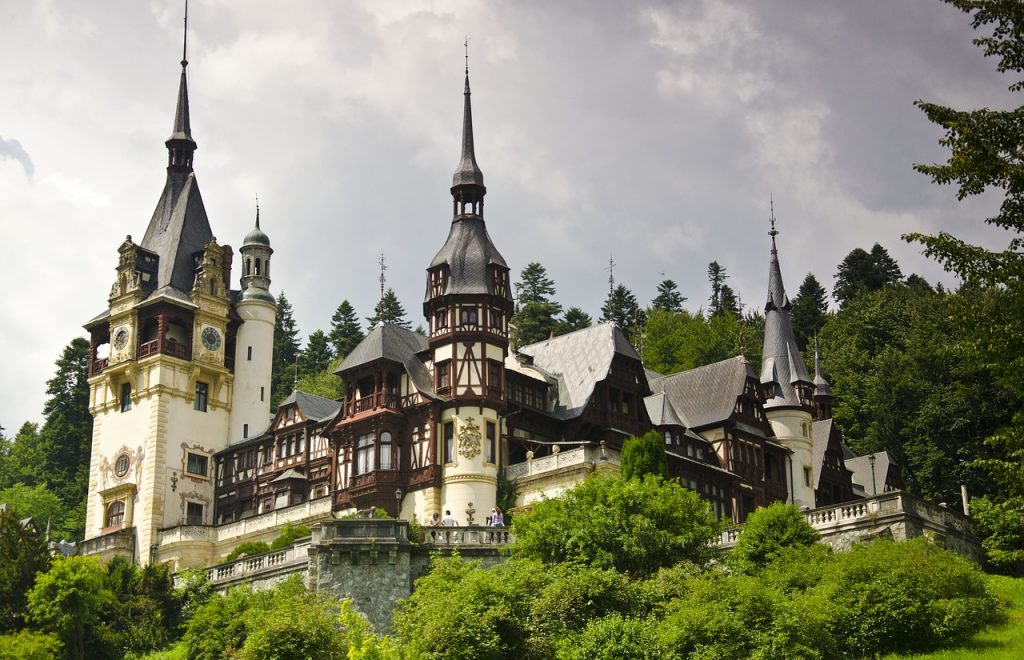 Bran Castle will also come up, and may actually be the more intriguing of the two. That’s because over the years it’s become associated with the legend of Dracula. This is a legend that’s taken many different forms, from an old novel to a modern slot machine arcade game. That game states quite correctly that the tale has been adapted across theatre, film and TV many times. Through all the adaptations, however, the idea of the legendary vampire occupying a tall, imposing castle in Romania has never really changed. The actual castle of Vlad the Impaler, the ancient ruler upon whom Dracula may have been partially based, is elsewhere. But Bran Castle, not too far from Peles, has become known as “Dracula’s Castle.” It’s another incredible sight to behold, not least because of its connection to legend. 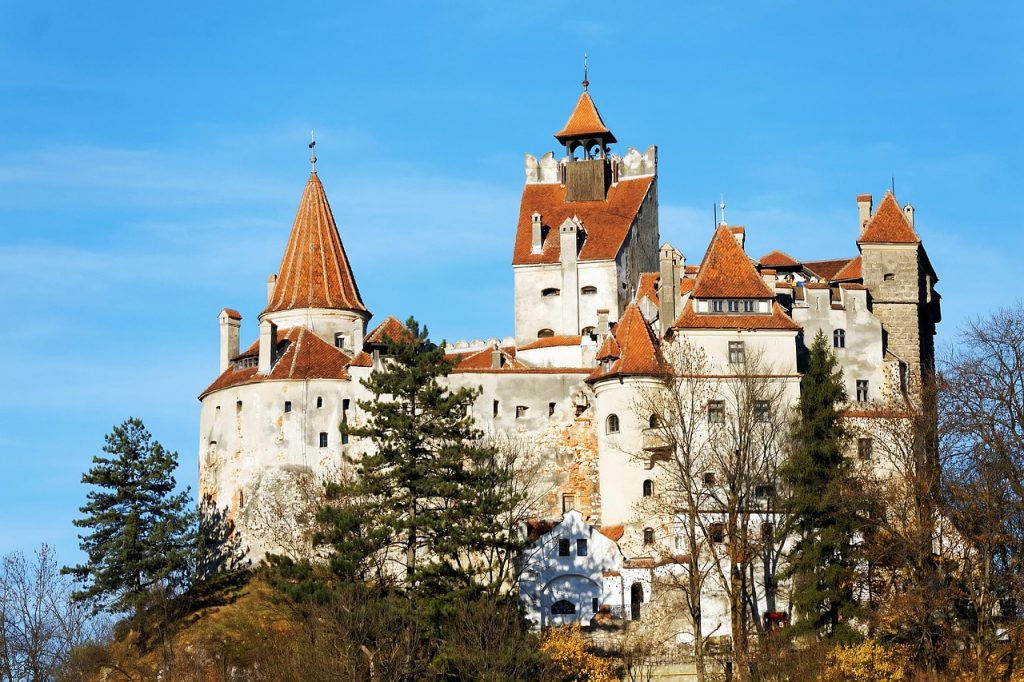 Other castles to visit include Corvin Castle, a Gothic masterpiece in the West of the country, and Poenari Castle, the home of Vlad, in Wallachia. These are both particularly old establishments, and can further enhance your understanding of Romania’s fascinating history. 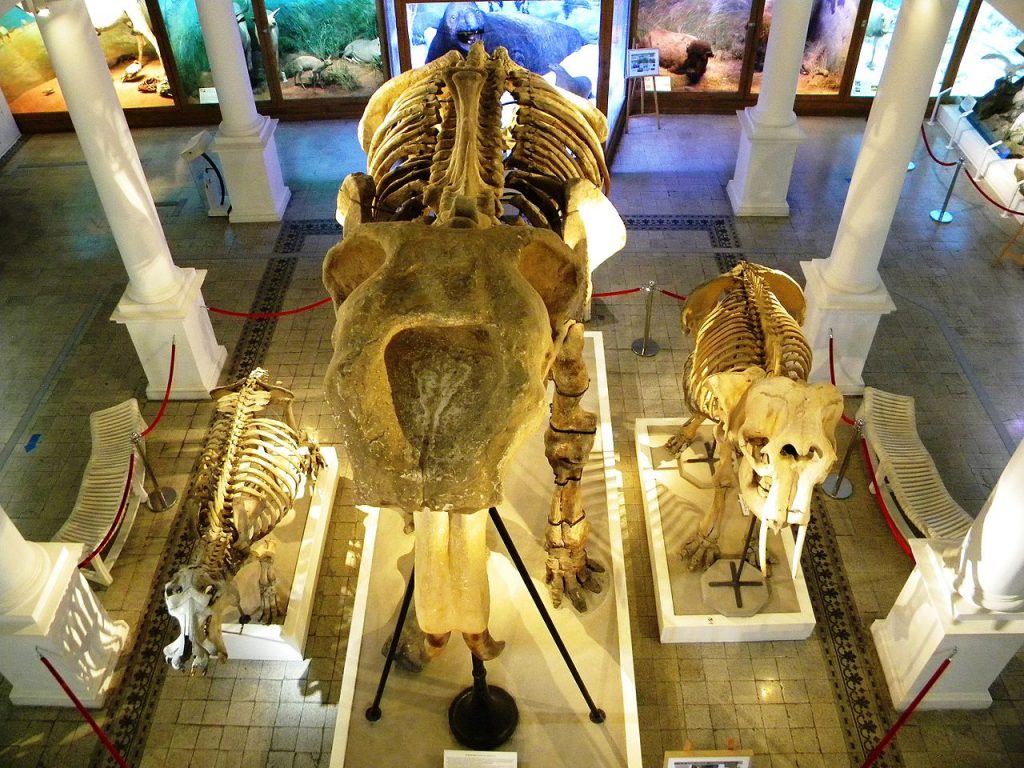 The country’s museums also make for excellent stops on a trip. The Grigore Antipa National Museum of History has been around since the 1830s, and may be the most impressive collection in the country. It contains everything from ancient coins and minerals to the skeletal structures of interesting ancient beasts. We’ve already covered the idea that some of the famous castles now double as museums also, and lastly we should mention the Brukenthal National Museum, which dates back to 1790 and is the largest museum in South Eastern Europe. The main area, in what was once the Brukenthal Palace, includes works of art from about 400 years’ worth of European painting styles. 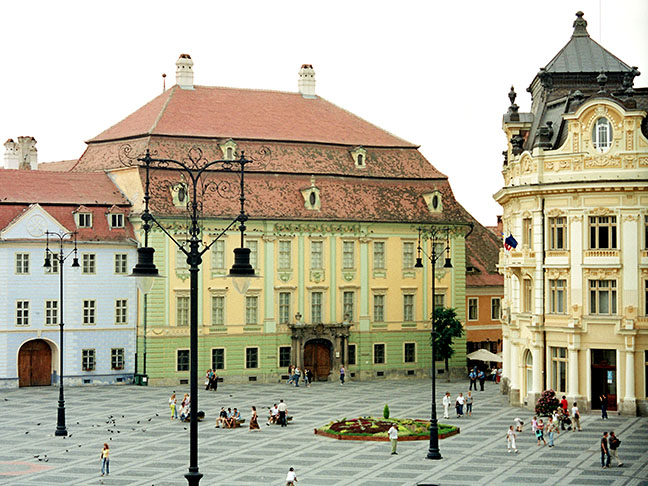 There are also a few more unusual things you can see in Romania, beginning with the Bigar Waterfall. This is a thoroughly bizarre but captivating natural wonder in Caras-Severin, an area on the Serbian border. This waterfall is basically a ripple that rolls over a mossy outcropping of rock, resulting in a curious pattern of falling water. It almost doesn’t look natural, but for its beauty. 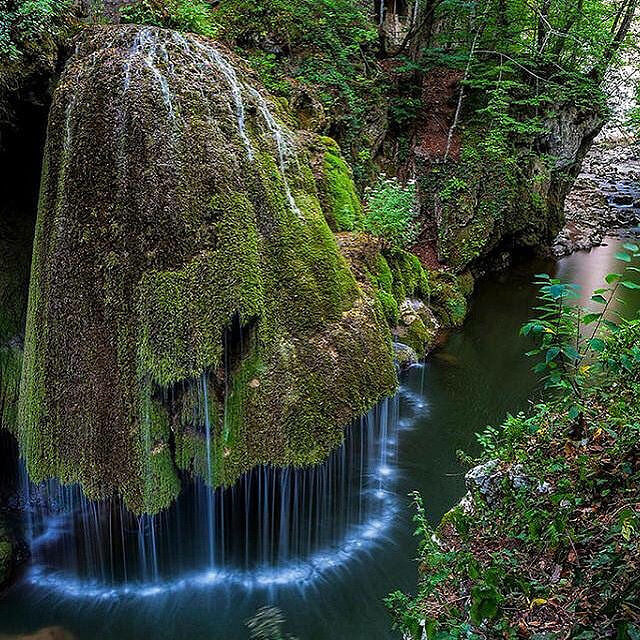 Another less ordinary place you may want to consider for your list is Salina Turda, which, if you can believe it, is a salt mine-turned-theme park. It’s a deep underground mine that dates back literally thousands of years, and at some point along the line someone thought to build a theme park in its interior. You can quite literally ride a Ferris wheel or row across an underground lake, as well as enjoy all kinds of games in the depths of this mine. 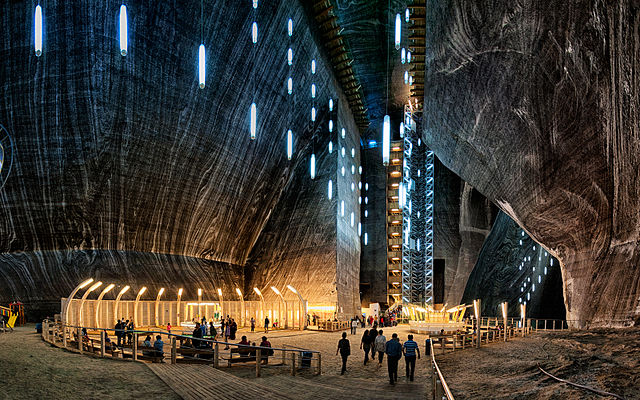 That covers many of the noteworthy things to see and do, outside of simply exploring the capital city of Bucharest and enjoying the countryside.

Is It Worth Visiting Romania?

It really depends on what kind of vacation you’re interested in. If you want a ton of activities and modern attractions, this probably isn’t the place for you. But if you’re looking for an affordable way to take in some beautiful European landscapes and landmarks, Romania can be a wonderful option.