You are here: Home / France / She went to Paris because…… 25 reasons to visit Paris

Hi Frugalistas!  I’m going to Paris very soon.  I love going to Paris.  For me, there are so many reasons to visit Paris.  Almost too many reasons to count in fact.  I thought it might be fun to ask some other bloggers about why they love to visit Paris.  Their reasons for visiting Paris were very different, and also very personal.  I loved reading their contributions and hope you do too. 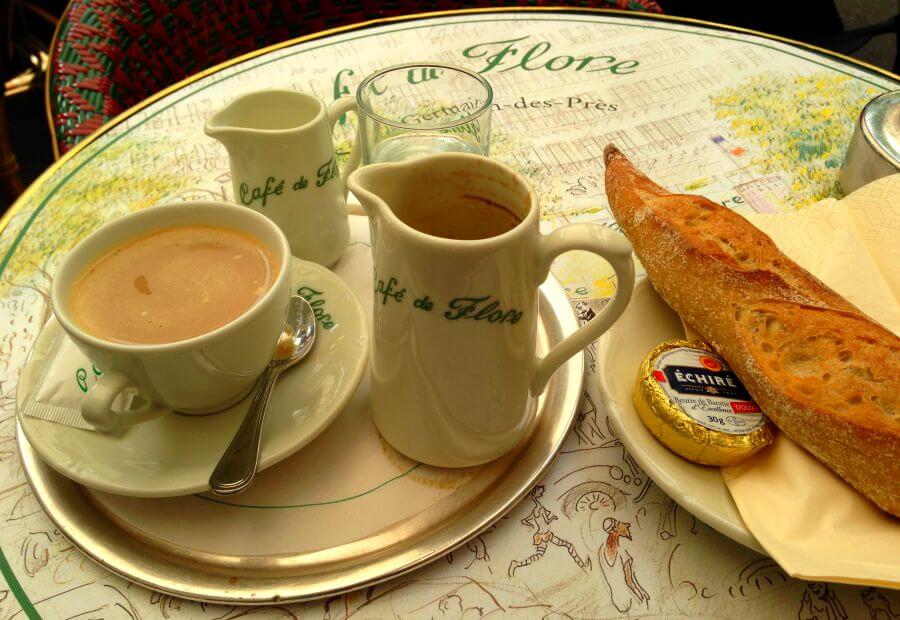 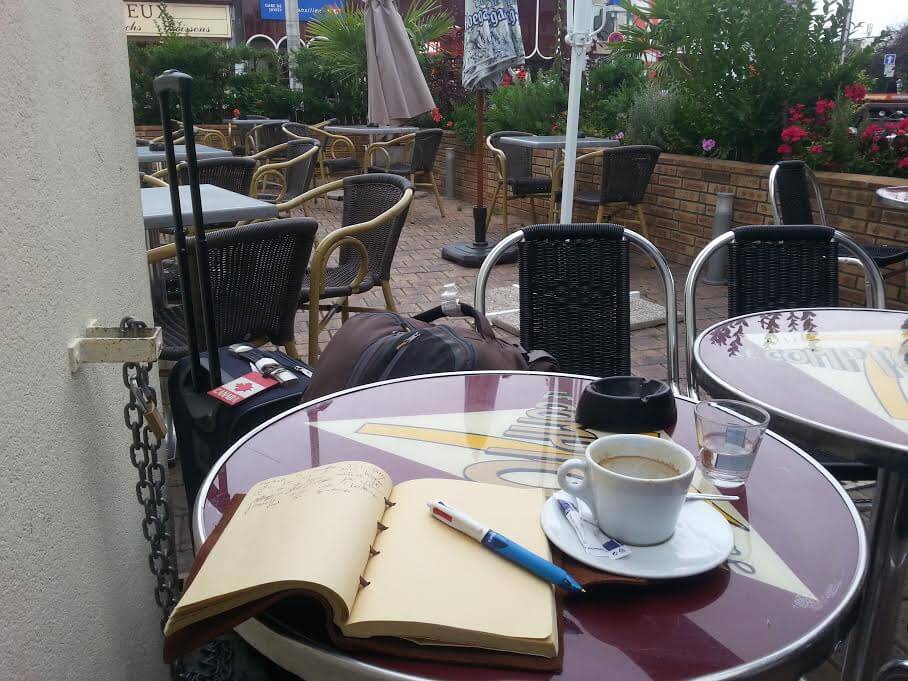 Paula went to Paris because…..of the Café Culture.  She grew up associating Paris with the bohemian Left Bank.  She saw artists painting on the streets, shopkeepers standing at their doors, and people sitting at sidewalk cafes watching the world go by.  Paris delivered on all fronts and in fact gave more. 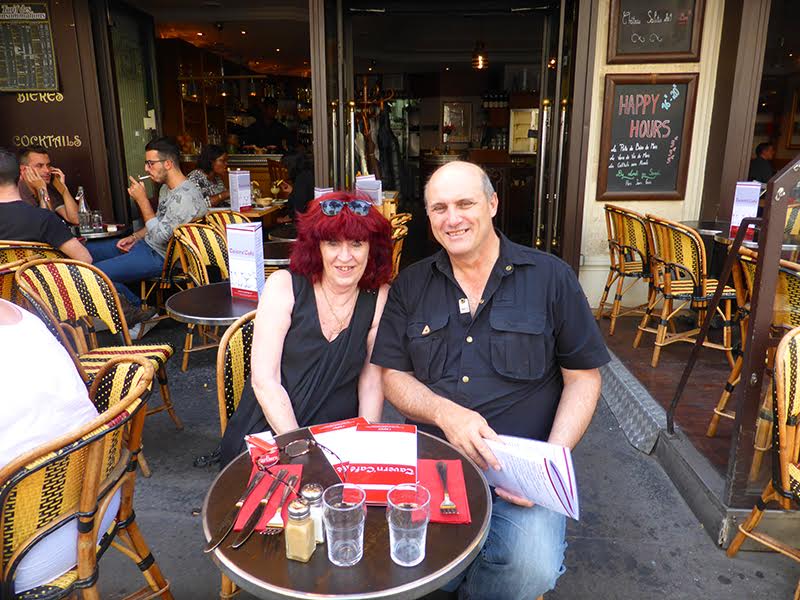 Stephanie went to Paris because….. of Hemingway. Her favourite author has been Ernest Hemingway for as long as she can remember and on a recent solo visit to Paris she wanted to go walking in the footsteps of this literary giant. From out of the mouth of his Moveable Feast she wanted to linger in his favourite cafes like Café de Flore, soak in the atmosphere of the Latin Quarter and browse books in Shakespeare & Company in the hopes of finding even a scratch of inspiration on the streets of Paris where perhaps Hemingway’s creative energy still lurks. She went to Paris in search of Hemingway and found inspiration to put pen to paper walking the streets he once called home.

Brenda & Andrew went to Paris because…..they were dreaming of Andouillette. It was years since their last visit, they were newly married then, and there were many events from their first trip that they wanted to relive. This time around they were to do it with their daughter. First stop, Notre Dame? No. Eiffel Tower?

No… It was Brasserie Lipp for some Andouillette. The only sausage they know of worth traveling across the Atlantic for. 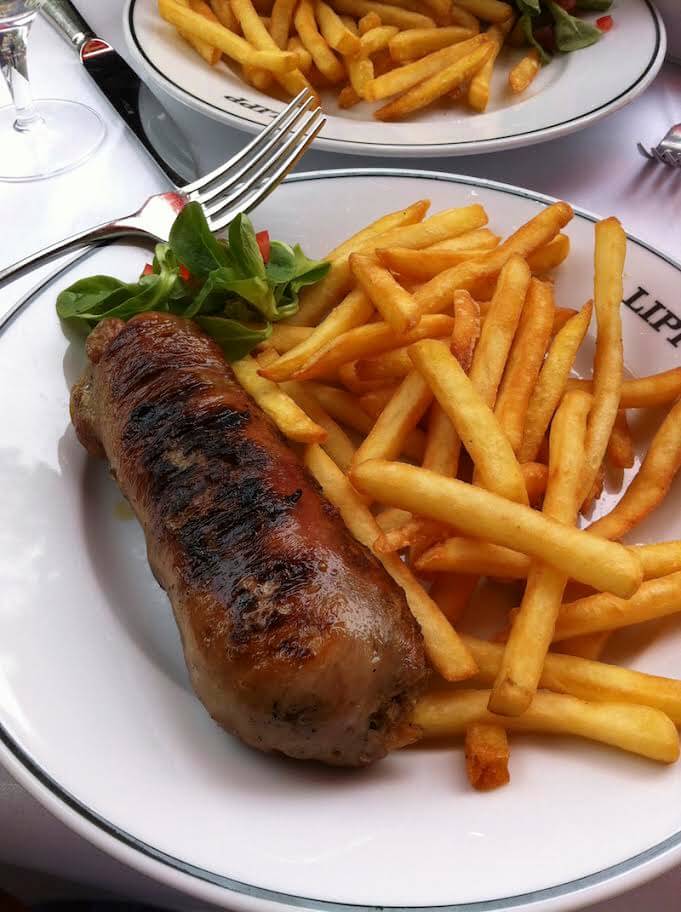 Four reasons to visit Paris for its sights

Jocelyn & Eric went to Paris because…they were only a 2 hour train ride away. So what if it was only for about 15 waking hours? Eric and Jocelyn got to see the amazing Catacombs and awe-inspiring fireworks set off from the Eiffel Tower. 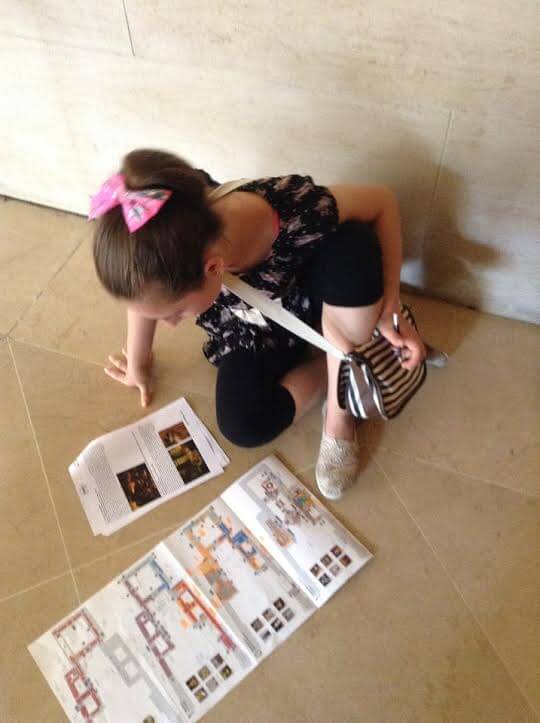 Hannah & Adam went to Paris…..because of the hype.  Paris is one of those cities that ‘you have to see’. It’s the ‘City of Love’, the Eiffel Tower and Mona Lisa live there. Paris is one of those quintessential travel destinations that they just had to see for themselves. Unlike many ‘must-see’ travel spots, they weren’t disappointed by Paris.

Suzanne went to Paris because…..her eleven year old niece Aubrey wanted to see the Eiffel Tower. Traveling with her niece was a way to rediscover one of her favorite cities through the eyes and stomach of a child.

Three reasons to visit Paris for its “joie de vie”

Donna went to Paris because…..it was April. How can “April in Paris” ever be a bad idea? The blossoms were abundant; the scents were heady. The sun was out and so were the people. That song “April in Paris” seemed to reverberate through the very air. What could ever be more beautiful, more lovely, more romantic? And even though she went alone, she fell in love–all over again–with Paris in the spring. 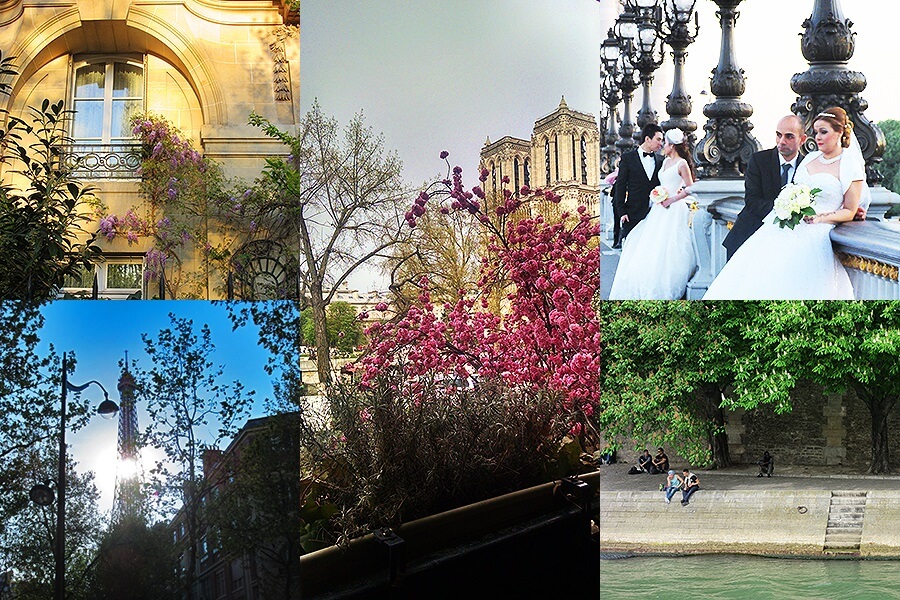 Jacky went to Paris because…..she wanted to receive an impression of the French way of living.

Matilda went to Paris because…..Paris is always a good idea.  It was a chance to enjoy the art, the food, the scenery and practice a language she studied for many years.

Eloise went to Paris because…..she was homesick. It had been too long since she last saw her family. She took this opportunity to put on her tourist shoes and explore her home region from a new point of view. A fantastic experience! 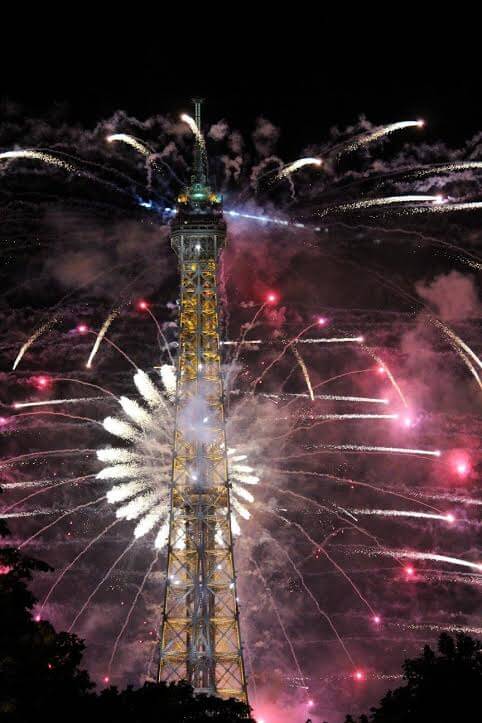 Sharon went to Paris because…..they wanted to go somewhere with lots of things to do for families!! Paris may be well known for romance, culture and shopping, but it is also an excellent place to visit with kids. There are a crazy amount of family friendly attractions and it is a great place to spend some time as a family. 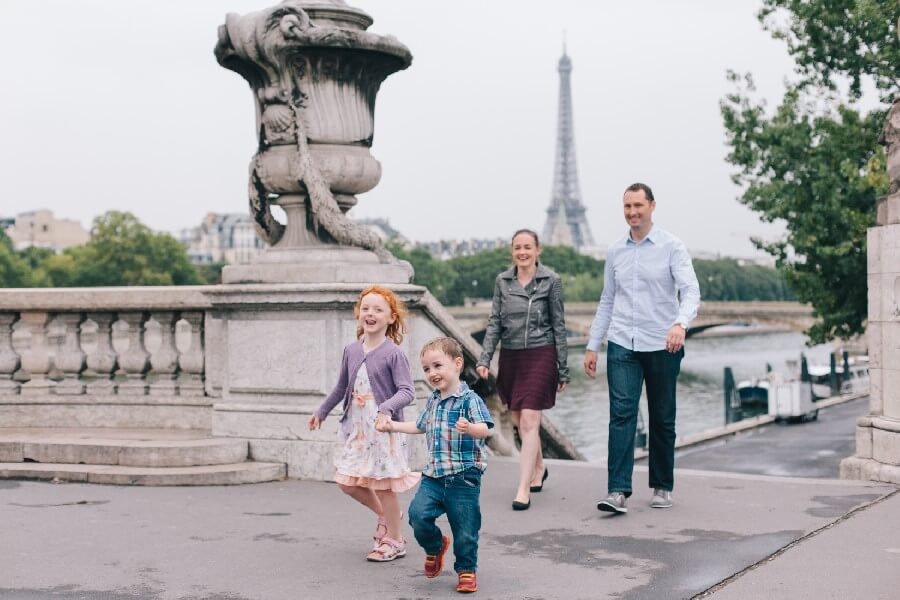 Roma went to Paris because…..she hadn’t been for over ten years and a lot can change in a decade.

Gemma went to Paris because…..of a girls’ weekend, met her friend Mhairi ‘the expat’, drank wine and ate overpriced cakes! And it turned out to be one of the hottest weekends of the year (in May!)

PS the cakes were good 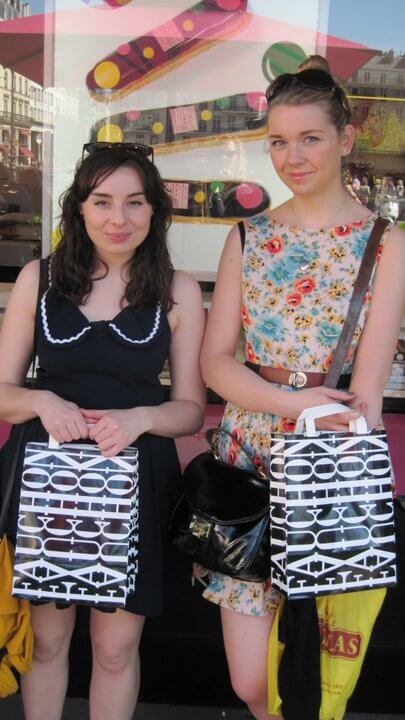 Mia went to Paris because…..she wanted to revisit her past.  In 2003, she went to Paris for a month but she fell deeply in love with the city and decided to make it her home for nearly a year.  In 2014, she went back with her husband and had the opportunity to show him her old neighborhood, apartment and hang outs.

Living in Paris was a turning point in her life and she was happy to revisit a part of her past that made her who she is today. 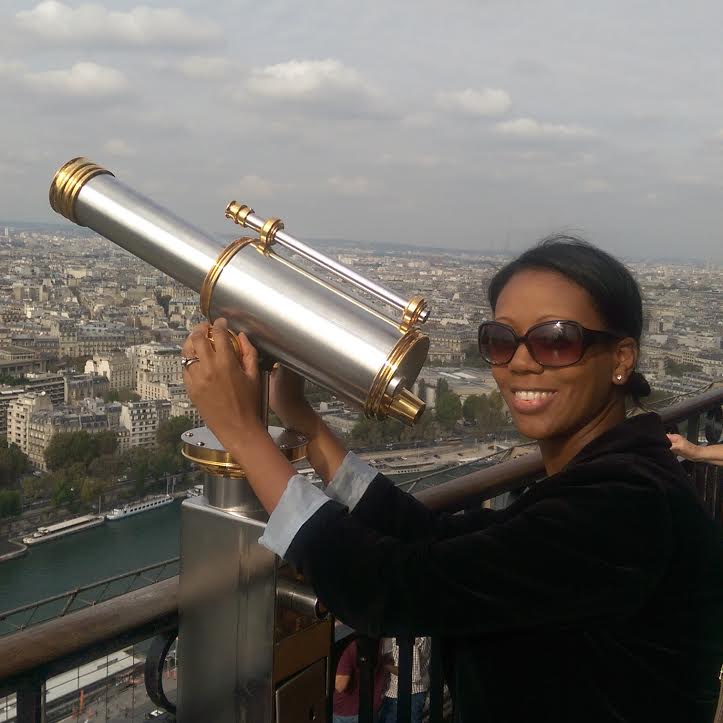 Margarita  went to Paris because…..she wanted to show her daughter ‘her Paris’.  In the spring, she took her daughter to Paris for a few days after a lengthy trip to Barcelona.  She had lived in Paris for a year when she was almost 18 years old.  Margarita took her daughter to her old stomping grounds at the University of Paris IV – The Sorbonne.  She had not returned since she participated in a foreign student program in French Language and Literature in 1981-82.  She was taken aback at how beautiful the buildings still are.  Some sort of ceremony had taken place on that spring evening but they were allowed to walk the courtyard and go up to the lecture rooms.  It was wonderful to be back to show her 19 year old daughter ‘her little bit of heaven’ in Paris.  She loved it and Margarita loved showing it to her.

Michela went to Paris because…..she turned 50 last year and realised that she hadn’t been yet to Paris yet! What a shame she thought!  After spending 12 years in Munich and postponing her visit from year to year….

So it was a special occasion to celebrate in a special city. Couldn’t be a better birthday present to herself, and religiously travelling solo! yay! 🙂

Five reasons to go to Paris for its romance

Carole went to Paris because…..she had a grand wedding to attend.  It turned out to be grander than could possibly be imagined.  The afternoon ceremony was in an ancient stone church, and the first reception for photos was in a very old historic rose garden.  The next day they partied on in the groom’s back yard, huddled in tents with blue ceilings that protected us from a downpour and feasting on an entire roast lamb prepared on site. 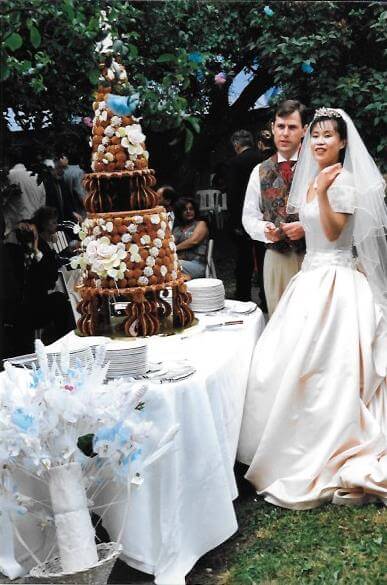 Cacinda went to Paris because…..she is a hopeless romantic and wanted to sit in a Parisian cafe and stare at the stunningly chic French people walking by with their perfectly manicured dogs and elegantly wrapped scarves. She knew she could never be so extraordinary, but liked to dream that she could be. 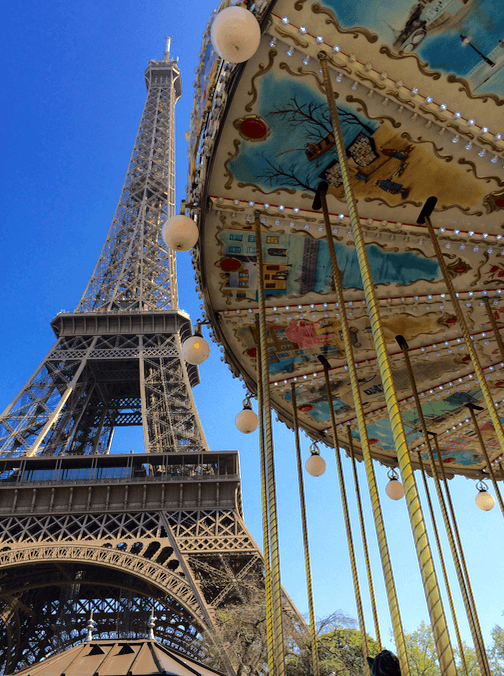 Gia went to Paris because…..of art and romance. She was drawn to Paris by the charm of Da Vinci’s Mona Lisa and came back with an appreciation for Monet and Van Gogh. She shared a memorable kiss with her lover at the Eiffel Tower at night. She walked with him, hand in hand, in the palaces of Versailles. 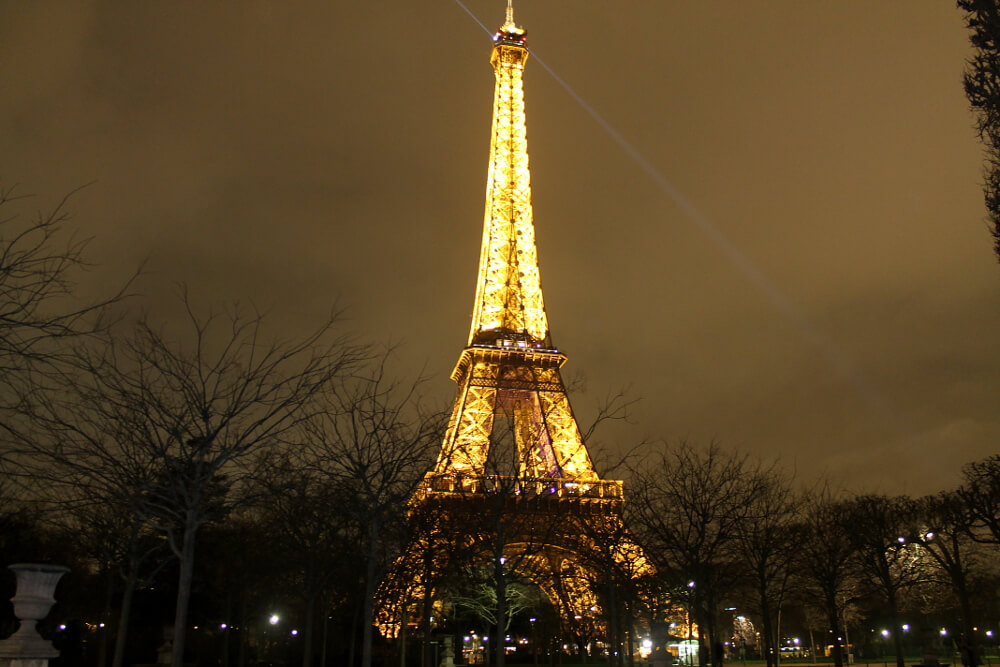 Alice went to Paris because…..it was Valentine’s Day. For many, the Brits especially, a quick hop on the Eurostar transports you into the romantic world of ‘Ooh La La’ with delicious wine, exquisite food and beautiful art.

Complete with red roses, walks along the river and sentimental whispers under the Eiffel Tower, it was a memorable weekend.

Simone went to Paris because……on her first anniversary she was surprised with a trip to the City of Love for a weekend of romance, luxury and relaxation. Paris is such a wonderful city and they spent their days marvelling at the sites, strolling the beautiful streets, dining on fine food and relaxing in luxury at beautiful Hotel Napoleon which is located next to the Arc de Triomphe.

Every time I visit I fall a little more in love with its charm and beauty. It was the perfect destination for our anniversary. 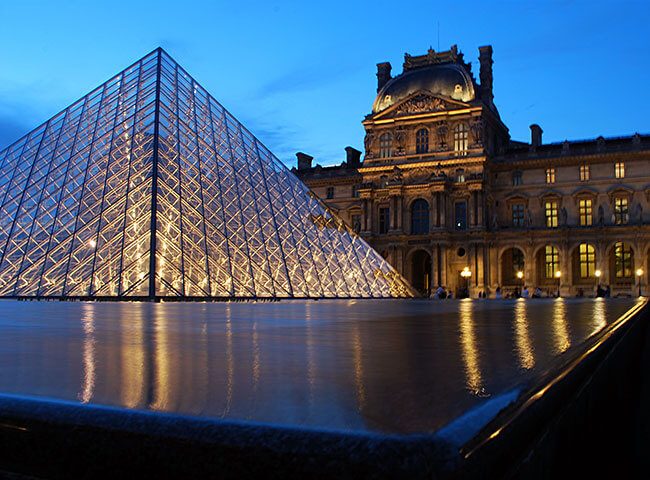 Two reasons NOT to go to Paris

Yes, unfortunately it’s true.  Not everyone had an amazing time in Paris………………..

Tracy went to Paris because…..she thought she should. She was turning 30 and had never been to Europe, and Paris seemed like the place to start.  So she saved up for a year, spent ten months planning the perfect trip, printed out her ambitious itinerary and packed a backpack for a three week trip to London and Paris. She spent ten days running around Paris, trying to tick things off of boxes. She had an absolutely miserable time. She will never again go anywhere just because she thinks she should. 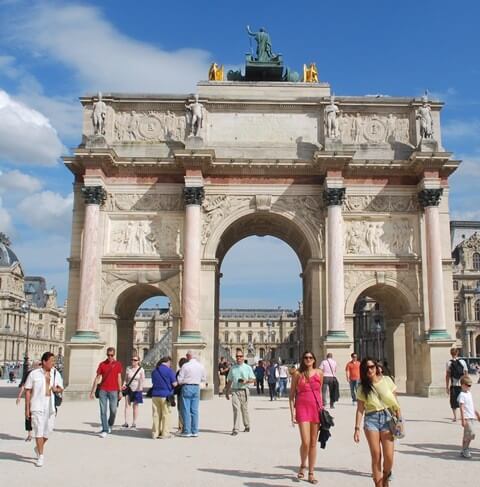 And as for me?

How about you?  What are your favorite reasons to visit Paris?

Plan your own trip to Paris: