You are here: Home / Canada / The 10 best foods in Quebec

Hi Frugalistas!  Regular readers will know how much I love eating local foods, and drinking local drinks.  I find it one of the best ways to understand a place and its people.  So much history and culture is tied to food.  So when I was visiting Montreal and Quebec City trying local food, and drinking local drinks was high on my list of “must do” things.  While there is so much to choose from, and I have included some drinks as well, here are my ten best foods in Quebec (in no particular order). 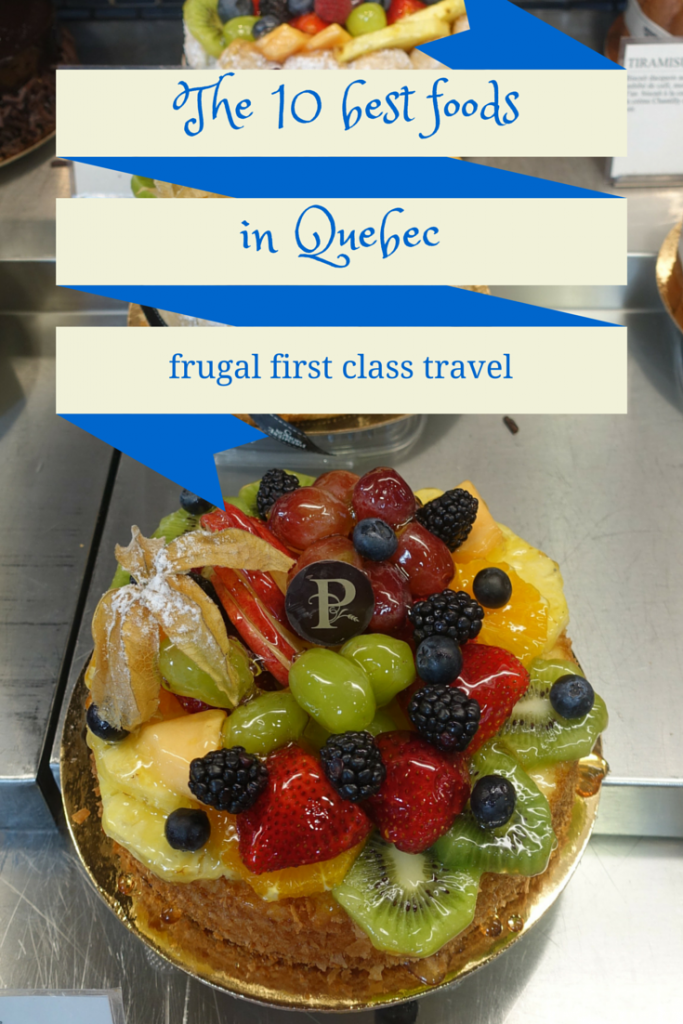 Poutine is, of course, synonymous with Montreal.  Travel bloggers and Canadians alike get misty eyed at the mere mention of this humble dish of French fries, gravy and curd cheese.  But like many traditional dishes, poutine doesn’t have to be humble.  My plate of poutine with tempura prawns, beef cheeks and a spicy sauce was anything but.  It was delicious.  It was tasty, and it was definitely not humble.  Whether you choose your poutine from a food truck, a hole in the wall family joint or somewhere more fancy, poutine is a treat. 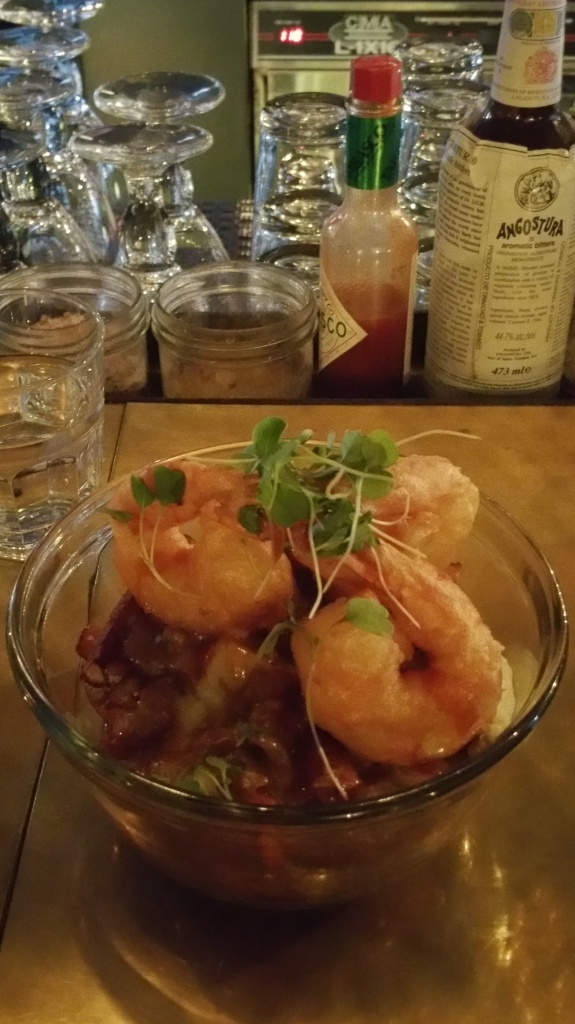 Poutine with a twist

Debate rages about the Montreal bagel.  Not whether one should eat Montreal bagels (because of course, one should), but rather which bakery one should patronise.  There are two camps, each with their own fans, who wouldn’t dream of eating the other.  Whether you prefer Fairmount or St-Viateur, a traditional Montreal bagel needs to be a part of your Quebec diet. 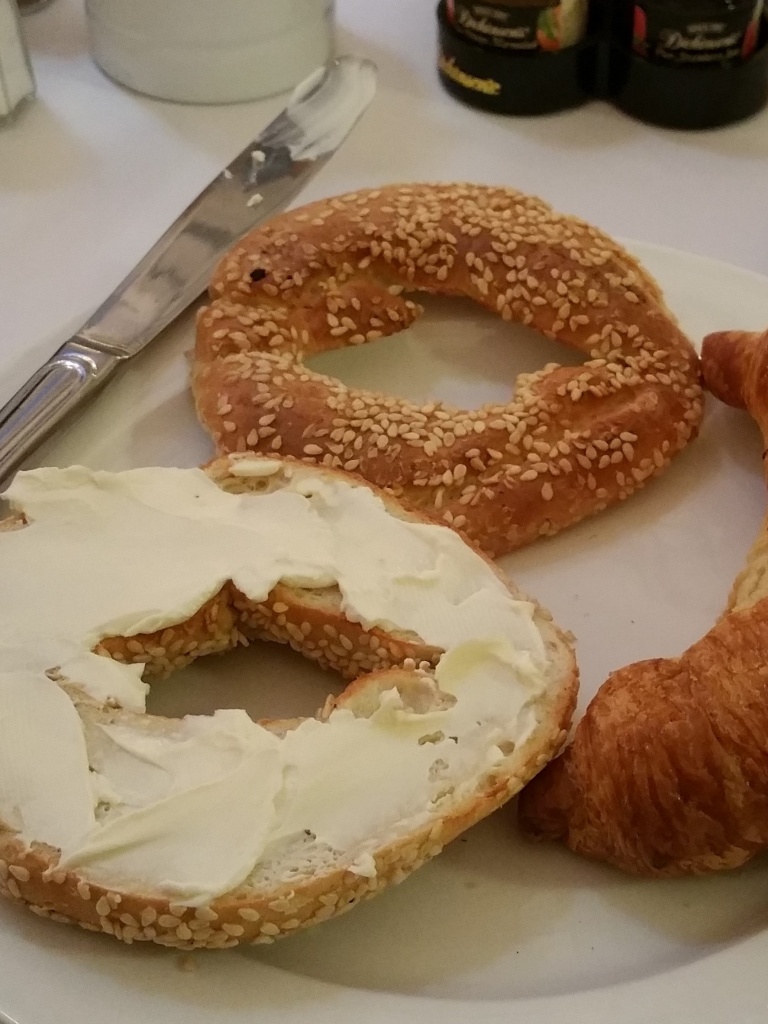 St-Viateur Bagel for breakfast at L’Hotel in Montreal

Queues de castors were the big surprise for me.  These flat, fried pastries are deliciously morish. And big, and sugary and tasty. While they do come with savoury toppings and I did like a maple butter and chocolate sauce one, I loved the almost pancake like flavor of a simple cinnamon, sugar and lemon juice queue de castor. 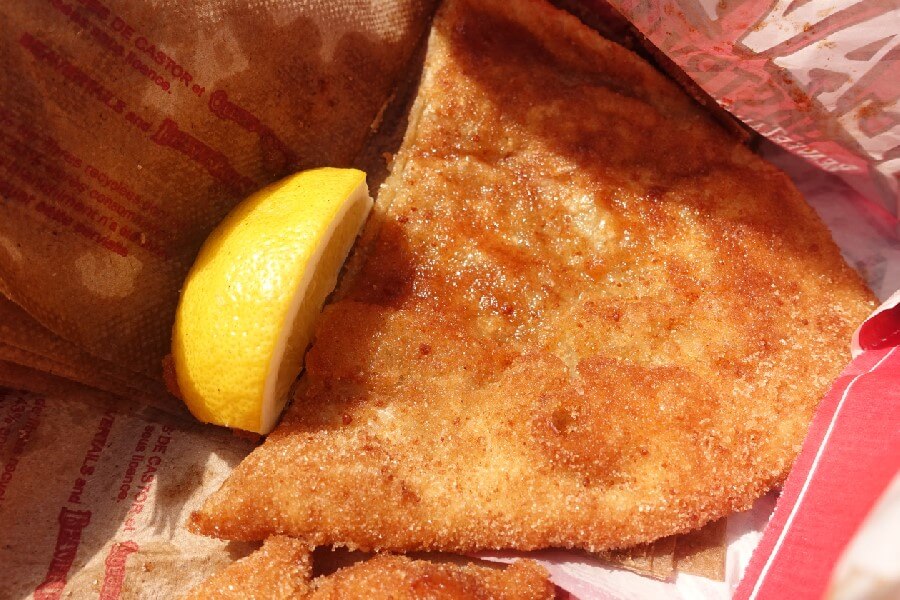 A beaver tail (I asked to have it cut in half, to try and be a bit cleaner) 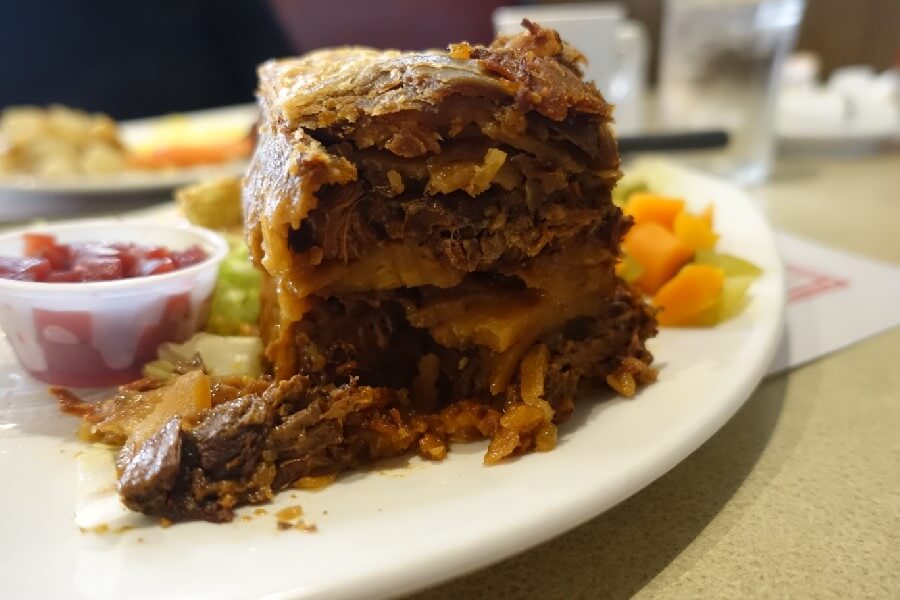 Cipaille – if you have it with salad, as I did, I’m sure it’s very healthy……

Whilst in Québec City I was taken for lunch in a traditional diner specializing in local Quebecois cuisine. This created a dilemma – what to choose?  Yes, I was tempted by the tourtiere, a local pie. I was going out for dinner at a restaurant I was really looking forward to, so maybe a salad would be the better choice?

Deciding the diet could wait, I went with the cipaille.  Layers of meat and potatoes, it reminded me a bit of shepherd’s pie and bit like a different version of lasagne.  Actually it was neither.  It was cipaille and it was good.

5.  Anything made with local, seasonal products

This is one of my basic rules, no matter where I travel.  It’s also how I like to eat at home.  Fortunately Quebec and particularly Quebec City is heaven for local, seasonal produce.  My food walk showcased it well, but it was my dinner at Le Clocher Penche Bistrot that set the bar for local, seasonal produce.  From the crème de cassis in my kir royale that I had tried earlier in the day on my trip to the Ile d’Orleans, to the bread that came from a traditional bakery around the corner, everything was local.  The highlight of my meal?  My entrée (main course) of local pork, that came with vegetables I don’t like and never eat.  I ate the whole plate.  Because it was all completely delicious.  Even the vegetables……. 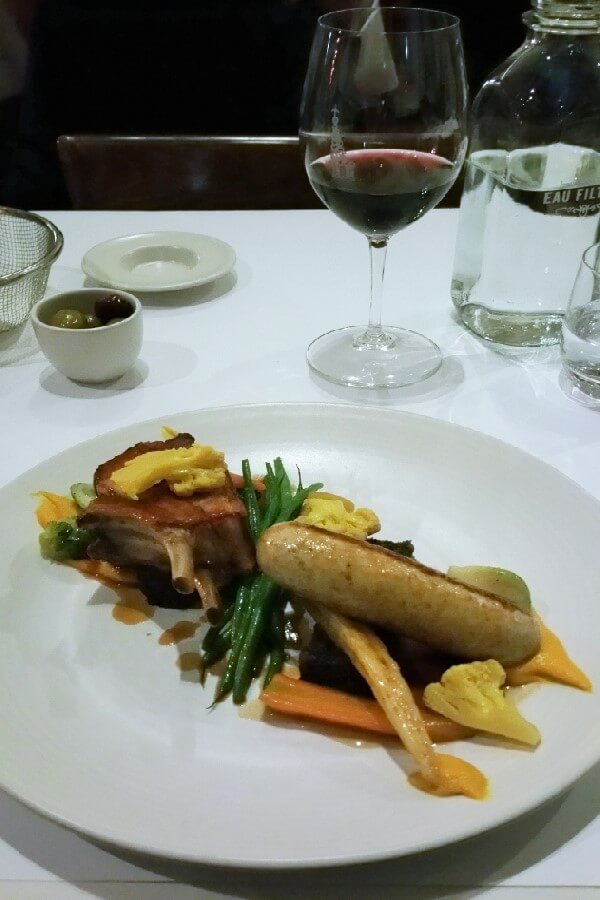 If you saw my post about the markets, or have followed me on Instagram, you know how good the pastry is in Quebec.  It’s hard to go wrong.  Whether you choose something French inspired, a more rustic maple syrup laden tart, or just a good bread, I say “let everyone eat cake!” 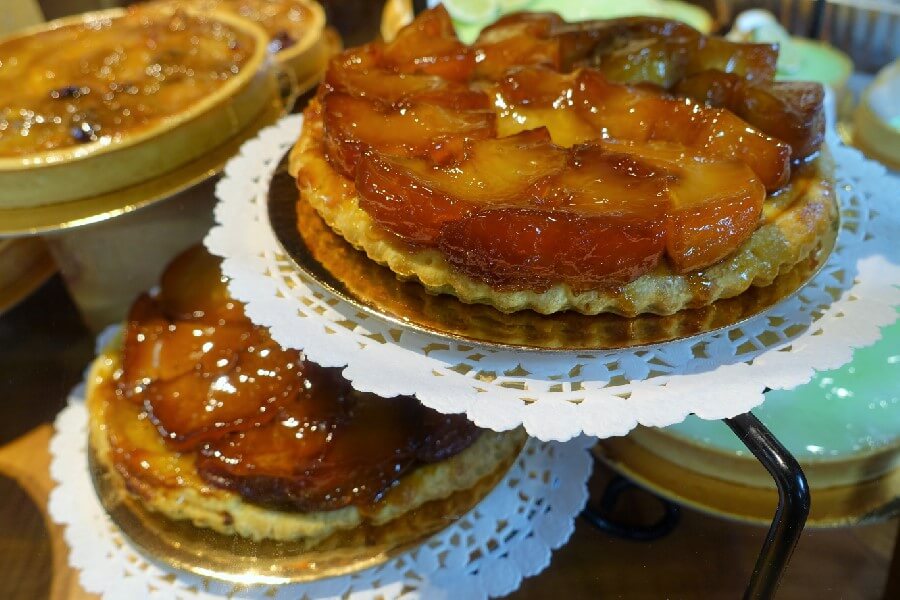 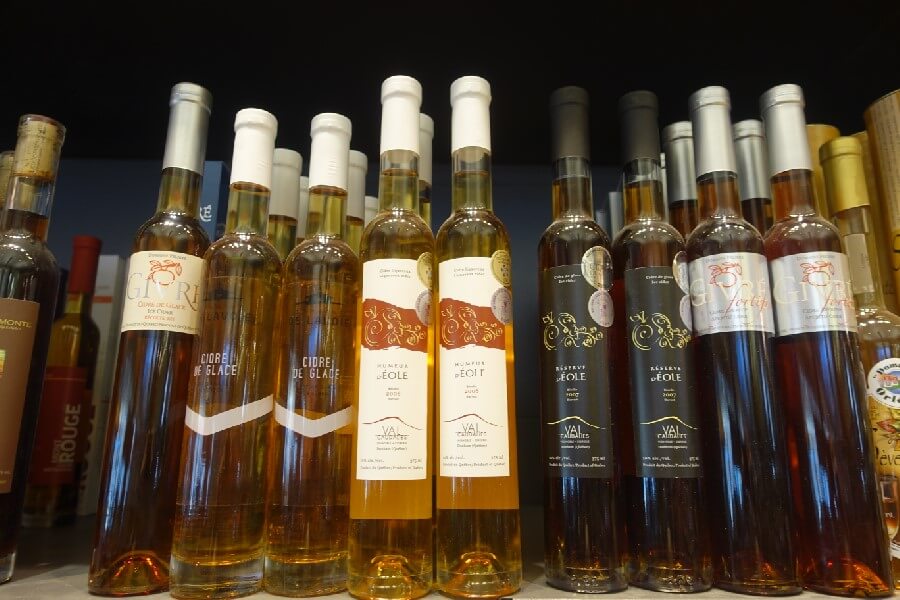 Ice cider (cidre glace) is local to Quebec.  Made from frozen apples, the freezing concentrates the sugar, making a super sweet, almost honeyed drink.  Usually served chilled, local Quebecois will enjoy it as an aperitif, or perhaps with some foie gras.  I particularly enjoyed a sparkling variety on my trip to Ile d’Orleans.

In a liquor store I came across some tiny 50ml tasting bottles.  Being 3-1-1 packing compliant they were a no-brainer souvenir to take home!

Ice wine is the Canadian equivalent of the German and Austrian style eiswein.  While it comes from various parts of Canada (including Ontario and British Columbia), I vote for trying the local Quebecois. 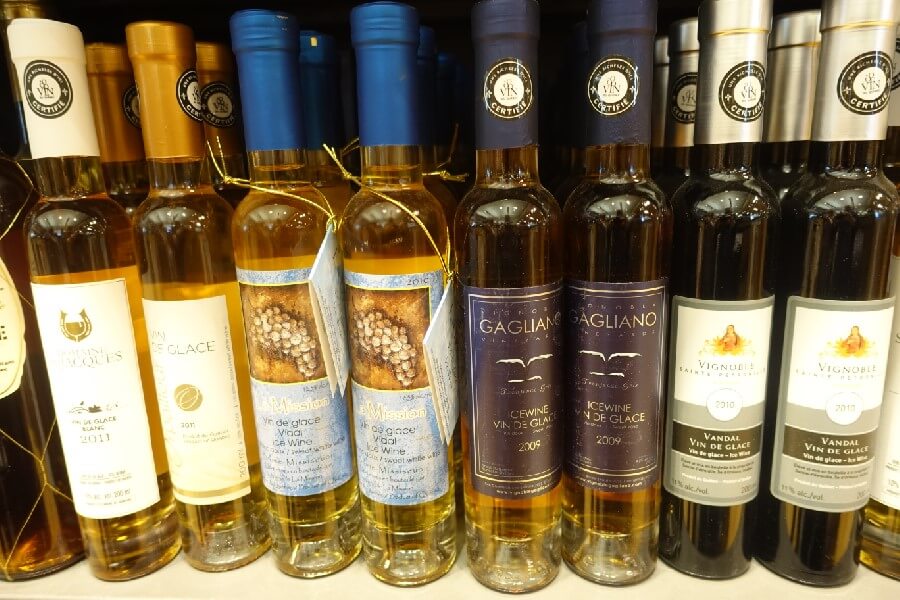 Ice wine is freely available in the Duty Free stores at airports when you are leaving Canada.  However, to my disappointment, leaving Canada via Vancouver only Ontario brands were available.  If you want to take traditional Quebec ice wine home as a lovely souvenir or gift, head to a wine maker or liquor store in Quebec and buy your supplies there.  Because they come in small bottles (about 200ml) they are easy to travel with. 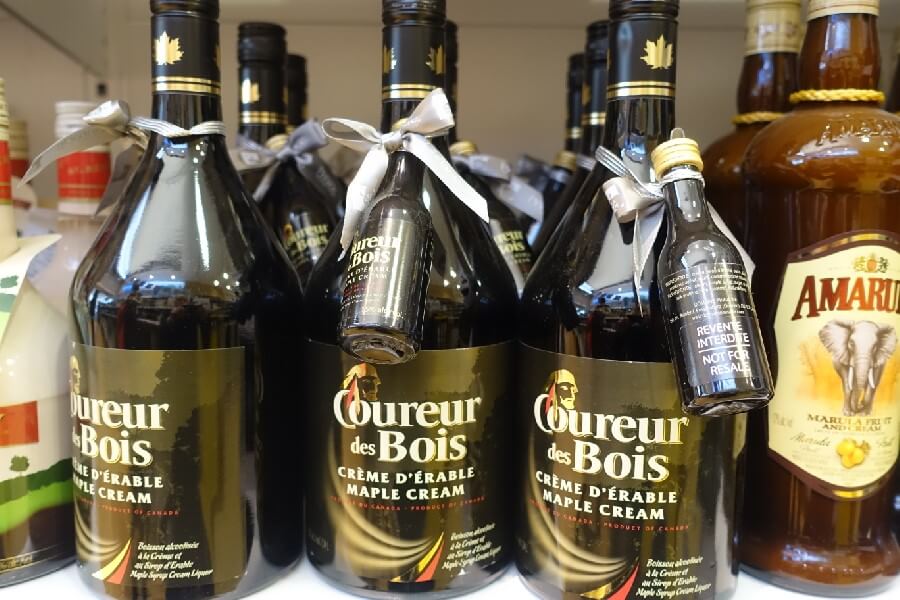 Maple cream was a real surprise. Mr frugal first class loved the bottle I brought home for him

Quebec has a vibrant microbrewery scene.  While I’m not a big beer drinker, I do like beer when it’s part of the local food culture.  Be brave and try something different.  Even if you don’t like beer normally, ask questions and find a flavour you are willing to try.  I defy anyone who doesn’t like beer to tell me they didn’t like the gingerbread beer I tasted on my food walk.  It tasted like gingerbread.  It was delicious. 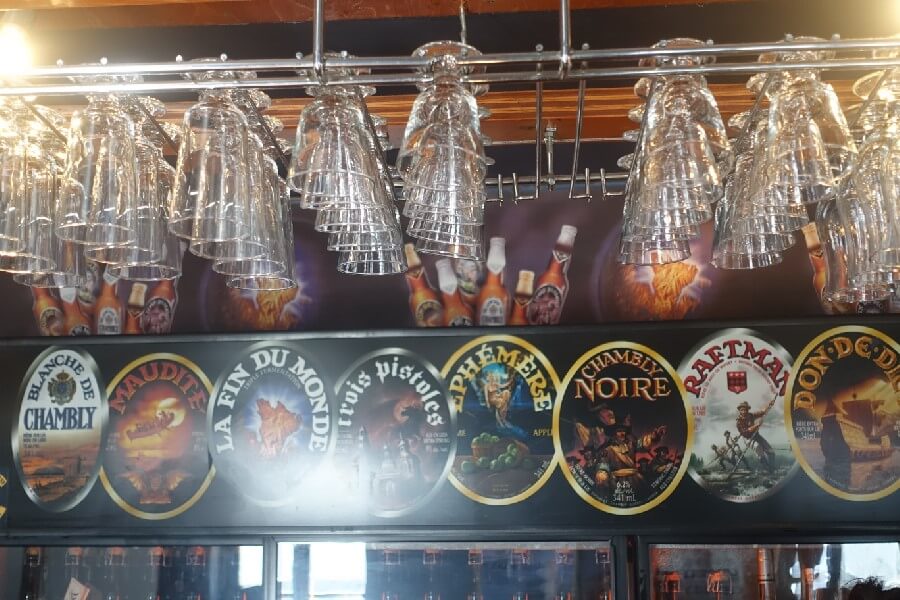 The best food (and drink) to avoid in Quebec 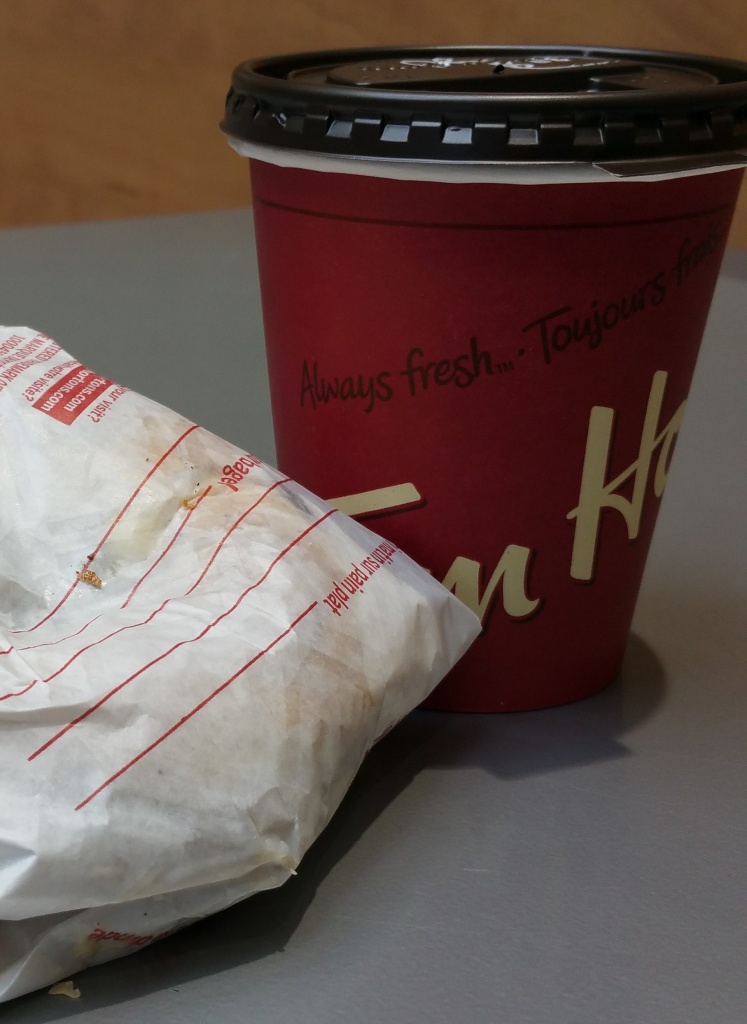 Canadians will hate me for it, but I honestly think anything from Tim Horton’s is best avoided.  The coffee is truly awful.  The bagel I ate was passable, but heavy and somewhat leaden.  Find a locally owned café and buy your coffee there.  Give “Timmy’s” a wide berth.  You have been warned!

So, my list of the 10 best foods in Quebec is complete.  What catches your eye?

Author’s note:  While in Quebec City and Montreal I was a guest of Quebec Tourisme.  I paid for my own coffee and bagel at Tim Horton’s so I can’t blame anyone but myself for that………..