You are here: Home / Canada / Speaking French in Quebec
This post may contain affiliate links. Click here to see my full Disclaimer notice 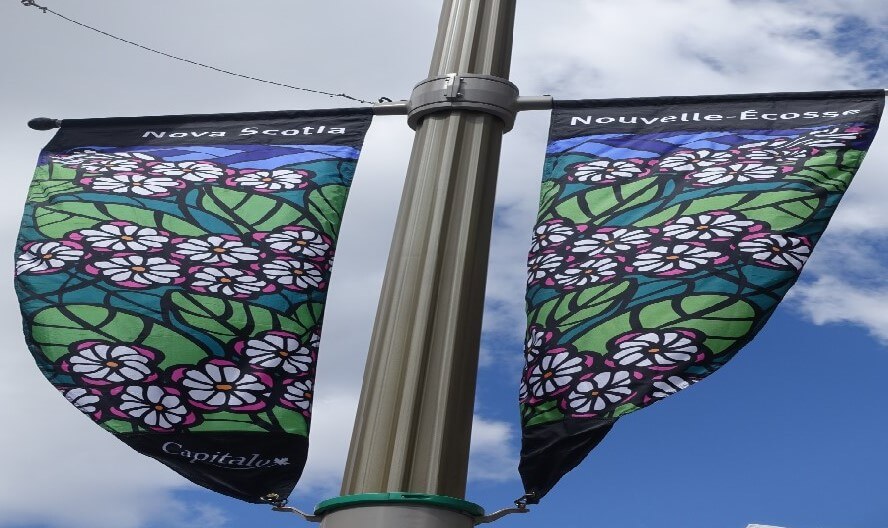 Not speaking French at all

Spending the beginning of my trip to Canada in Vancouver, I saw or heard very little French.  Of course Canada is officially bilingual, so public signage is in both French and English.  But English is definitely the lingua franca in Vancouver.  At the conference I was attending there were many Francophone colleagues to meet, but the conference was in English, and their English was utterly flawless.  I didn’t get to speak French in Vancouver.

But then I got on the train to Montreal before heading onto Quebec City – two cities that speak French……..

Suddenly everything around me was French

My first impression of speaking French in Quebec

On the train everything started to be different.  Most of my fellow passengers were Francophone.  Up till now bilingual messages were in English first, then French.  Now, it’s French first.  The VIA Rail staff speak French first, then English.

Things go well on the train.  I speak French with some fellow passengers and speak French to the rail staff.  I understand, and am understood. 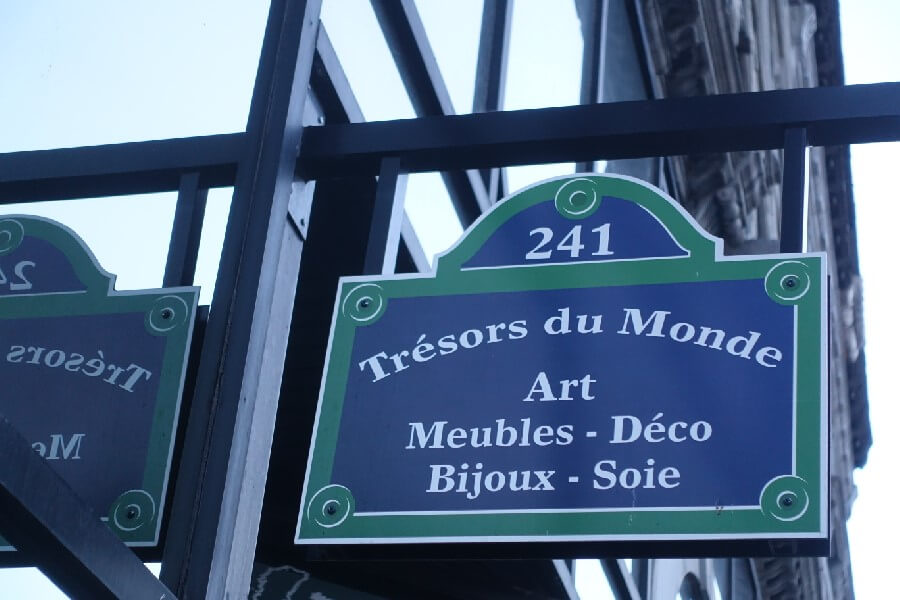 Arriving in Montreal, I’m confident and thinking this Quebec French vs France French is not an issue at all.  After all, all I need to do is check into my hotel – easy for me in French, I think.  I’ve done it multiple times before……

At the reception I exchange pleasantries with the young woman at the desk.  She finds my reservation, and confirms that I’m a guest of Quebec Tourisme.  So far, so good.  But then I hear something that sounds like “chchichchchhi?”  I feel like I’m on another planet.  Requesting a repeat, it sounds exactly the same.  I know it’s a question because of the inflection at the end of the sentence.  But I do not understand her Quebec accent.  Of what should be basic tourist French….. And all she wants is my credit card and a form of photo ID.  It’s a question I’ve heard and understood many times before.

But not this time.  I’m worried.

Getting used to speaking French in Quebec

Over the next five days in both Montreal and Quebec City I start to learn Quebec French and learn about speaking French in Quebec. 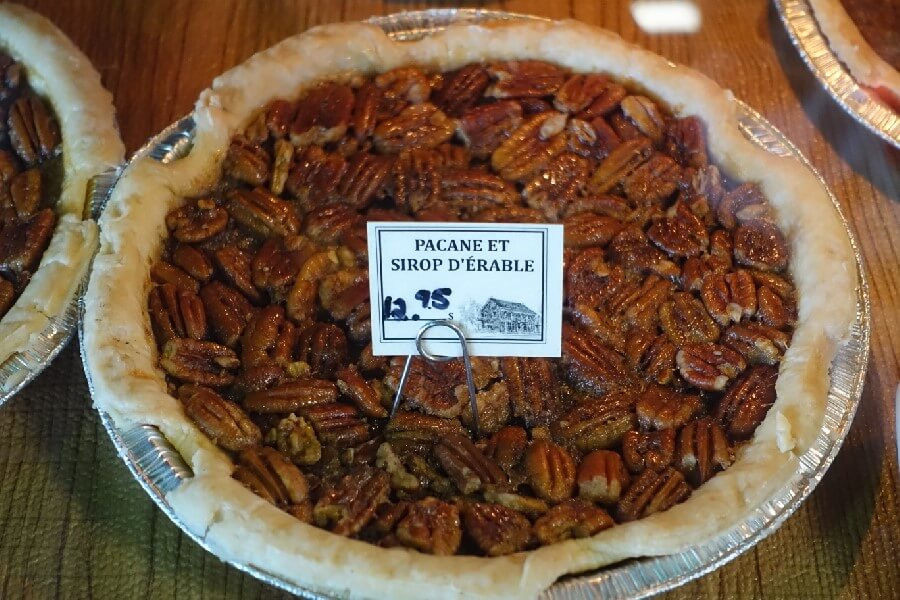 I do speak French.  In fact I speak a lot of French.  I’m understood well and am complimented multiple times on my comprehension and speaking skills.  My accent fascinates them, and is even labelled “cute”.  I start to understand much better (especially in Quebec City).

After five days in Francophone Canada, I certainly don’t consider myself an expert.  But I have learned a few things:

I found the Montreal accent much harder to understand than the Quebec City accent.  Especially when young people were speaking.  I find teenagers in France hard to understand too, and it was no different in Quebec.

My “French” French, with my Australian French accent was easily understood.  I was happy.  My teacher was proud and delighted.  Who knew I was cute when I spoke French?

In noisy places like restaurants, it is much harder to hear properly, and therefore to understand.  I apologised in French, then asked if they minded speaking English so I could hear properly.  I received excellent service, with a smile, in English.

Don’t worry if you don’t speak French.  In Montreal and Quebec City you don’t need to.  Just speak English or ask to be spoken to in English and all will be well.

People will be happy to speak French with you if you initiate the conversation in French, particularly in Quebec City.  Because Montreal is 50/50 English and French speaking I found I was spoken to in English as soon as they heard my accent.

Written French is basically the same as written French anywhere else.  You can buy newspapers and magazines for practice.  There are a few words that are different though.  On menus, drinks are often labelled breuvages rather than boissons.  Le weekend does not feature prominently – it’s le fin de la semaine.  My teacher tells me this is because Quebec French is more traditional and contains far less Franglais generally. 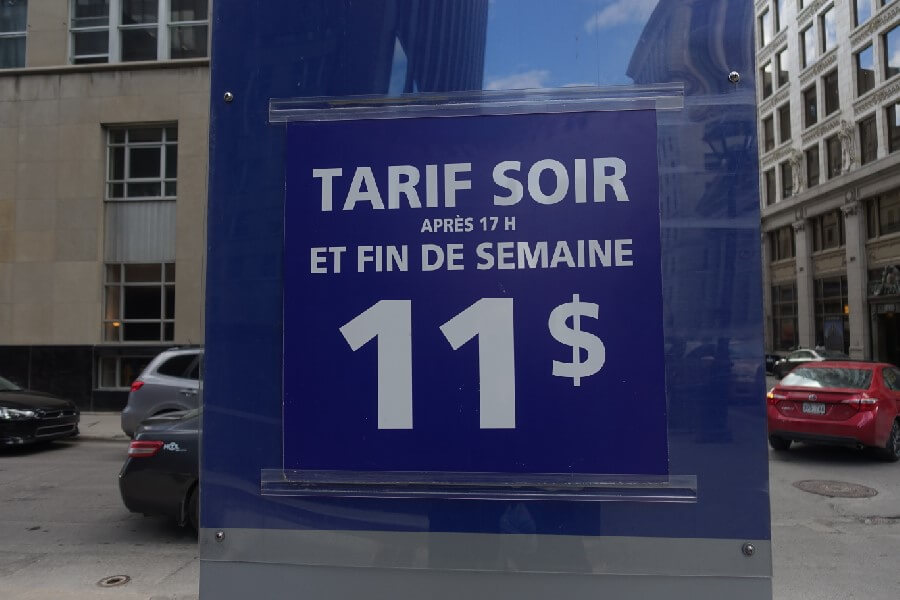 The Quebecois accent is definitely different.  In Quebec City I was waiting for the ferry across the St Lawrence River.  I listened intently as a father spoke to his young son as the ferry inched in to dock:

Except, instead of doucement (pronounced doose-mon) it sounded like doo-smen.  Which sounded like deux semaines – which means two weeks!! I don’t think the ferry was arriving in two weeks somehow…..

The other big difference I could hear was the pronunciation of the common French sound wu (with a short u as in up).  So in Quebec moi (me) becomes moy instead of mwu and toi (you) becomes toy instead of twu.  To make it even more confusing, the ultra common oui (yes) becomes way instead of we.  Common words, but very confusing!

My most important lesson came on my very last day in Canada in Montreal.  The young Francophone waiter in the restaurant where I had lunch spoke to me in English when he heard my accent.  But he couldn’t understand my Australian accent when I replied in English.  He spoke to me in English, and I replied in French and all was well.  Even in a cosmopolitan city like Montreal, my French was better understood than my English! 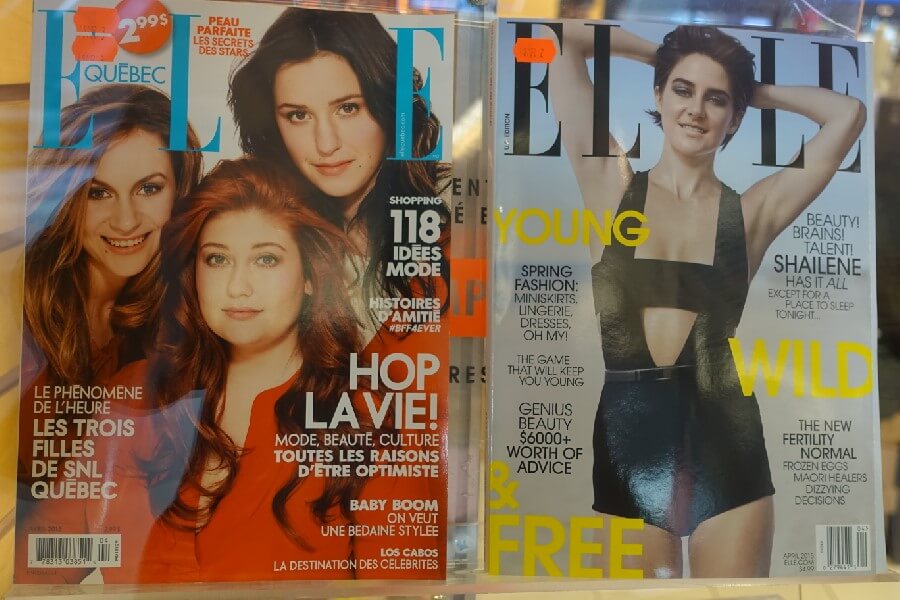 Two languages, two Elle magazines. Even if you struggle with the accent, Quebec Elle is no different to read

Author’s note:  In Montreal and Quebec City I was a guest of Quebec Tourism (and they understood my French too!)