Hi Frugalistas!  I love it when readers tell me what they want read more about on frugal first class travel.  When I wrote my earlier post on my spring travel plans, a number of readers expressed interest in learning about the 12th arrondissement of Paris.  I was visiting and staying in the 12th for the first time myself.  Unfortunately I didn’t have the opportunity to experience all the 12th arrondissement had to offer, however, what I found was a friendly Paris neighbourhood, very French and far from the tourist hordes. 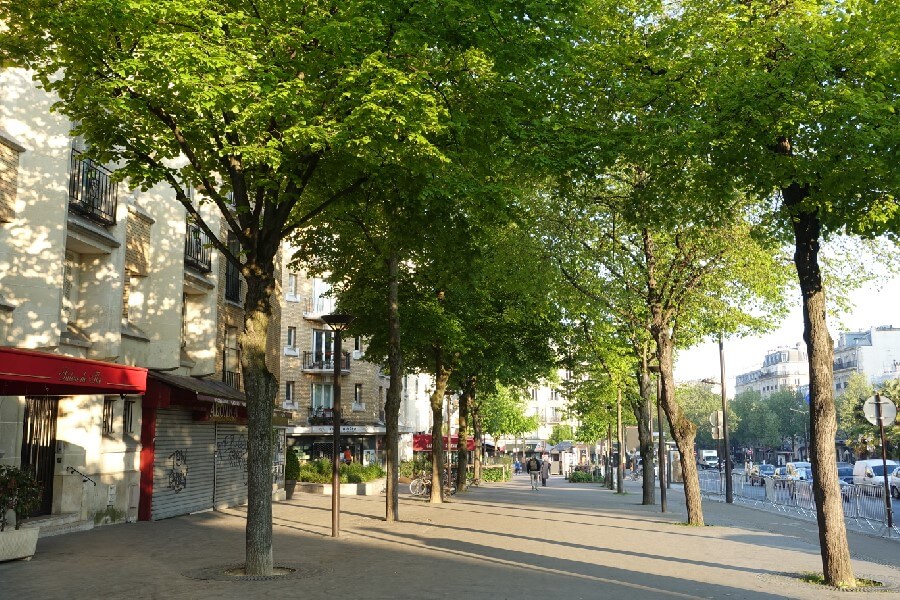 Getting to the 12th arrondissement of Paris

The 12th arrondissement is located in the Eastern part of the Right Bank.  If you are arriving from Charles de Gaulle airport the best way to reach the 12th arrondissement is to take the airport bus to either the Opera or the Gare de Lyon and then take the Metro.  I took the Metro from the Opera and the journey was about 20 minutes.  It would be much quicker from the Gare de Lyon, but the bus trip is longer.

Getting around Paris from the 12th arrondissement 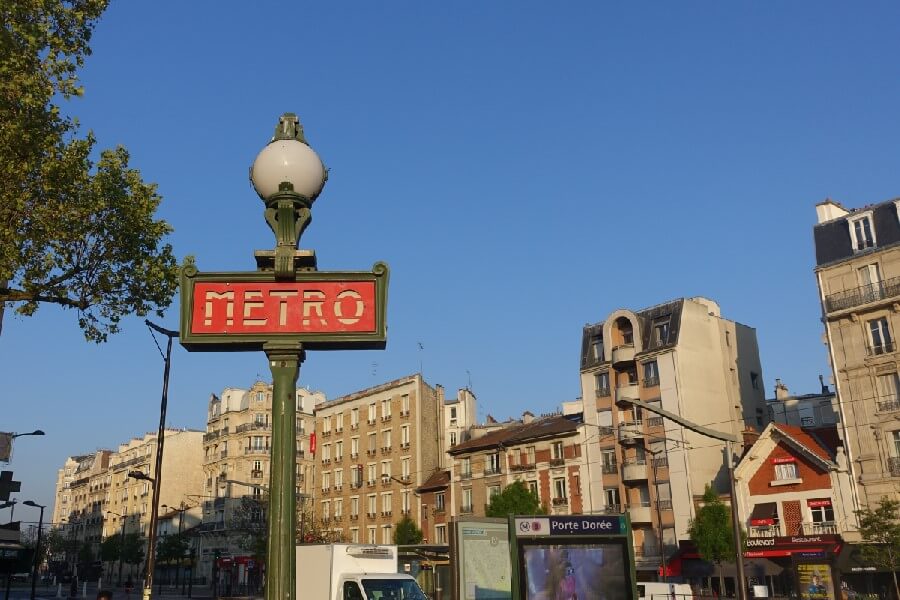 The handy Metro line 8 passes through the 12th arrondissement.  This line is the one you take to access the Marais (with a change at Bastille), the Opera area including the Grands Magasins, and of course, the Eiffel Tower.

For those venturing to Disneyland or the Marne la Vallée outlet shopping centre, a short taxi ride will take you to the Nation RER station and the A4 RER line you need to take.

Where to stay in 12th arrondissement of Paris

Where to stay in Paris always invites an opinion from everyone who’s ever been there.  I stayed in the 12th arrondissement because my French teacher had recommended the Hôtel de la Porte Dorée.  She told me it was very French, very charming and that the staff were “sympa” – lovely.  And yes, that is exactly what I found during my too short stay. 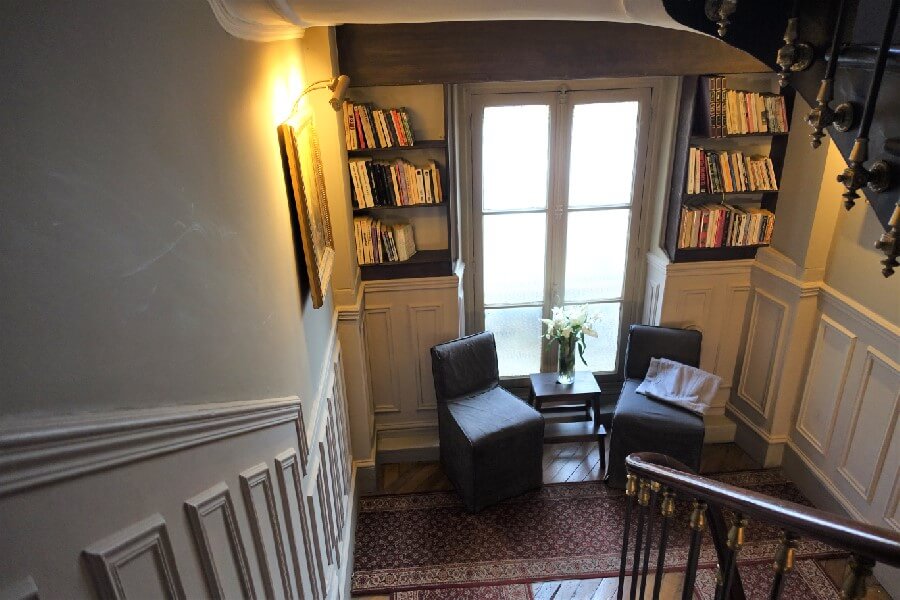 The staff were very warm and welcoming.  My superior room was pretty and very comfy.  The bathroom was quite spacious by Paris 3 star hotel standards.  The breakfast was fabulous.  It was literally only 50metres to the Metro entrance, and just a little further to the very pretty Bois de Vincennes. 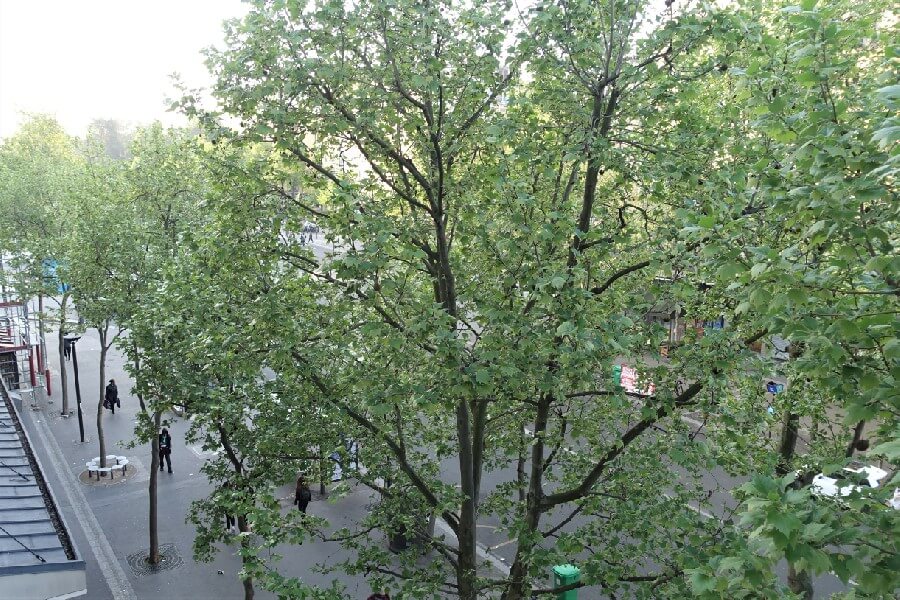 The early morning view from my hotel window

The price of the Hôtel de la Porte Dorée was unbeatable.  Closer to central Paris I suspect it would be twice or even triple the price.  And it is my new favourite Paris hotel.  Yes, it’s that good.

What to do in and around the 12th arrondissement 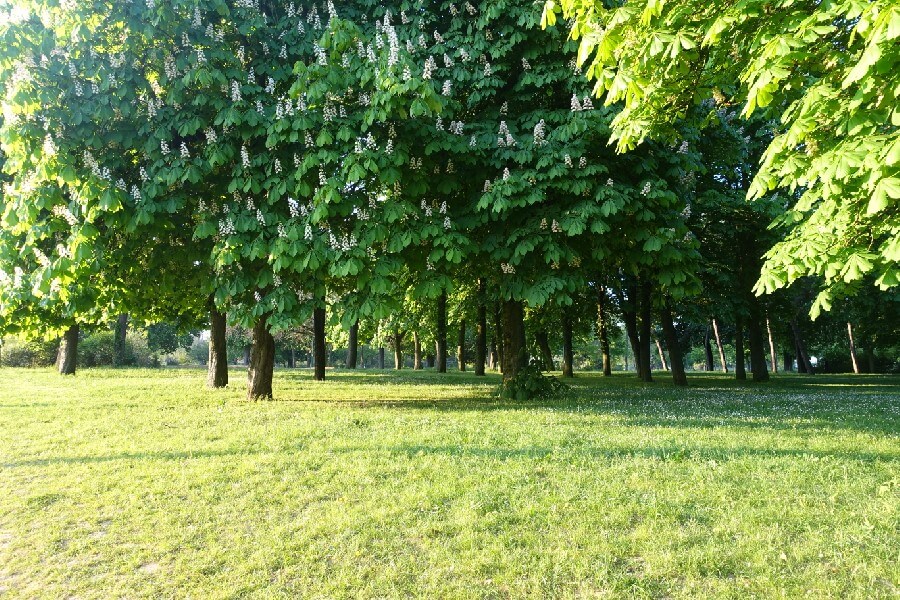 The Bois de Vincennes is known as “the lungs” of Paris and makes a lovely Paris walk.  It’s not as steep as the Buttes Chaumont, so it makes it a good choice for less able walkers or families with small children who want to experience a vraiement Paris park.  In April the horse chestnuts were in flower – they always say “Paris!” to me.  At the far end of the park is the Chateau de Vincennes, which I’ve put on my list for a future visit to Paris. 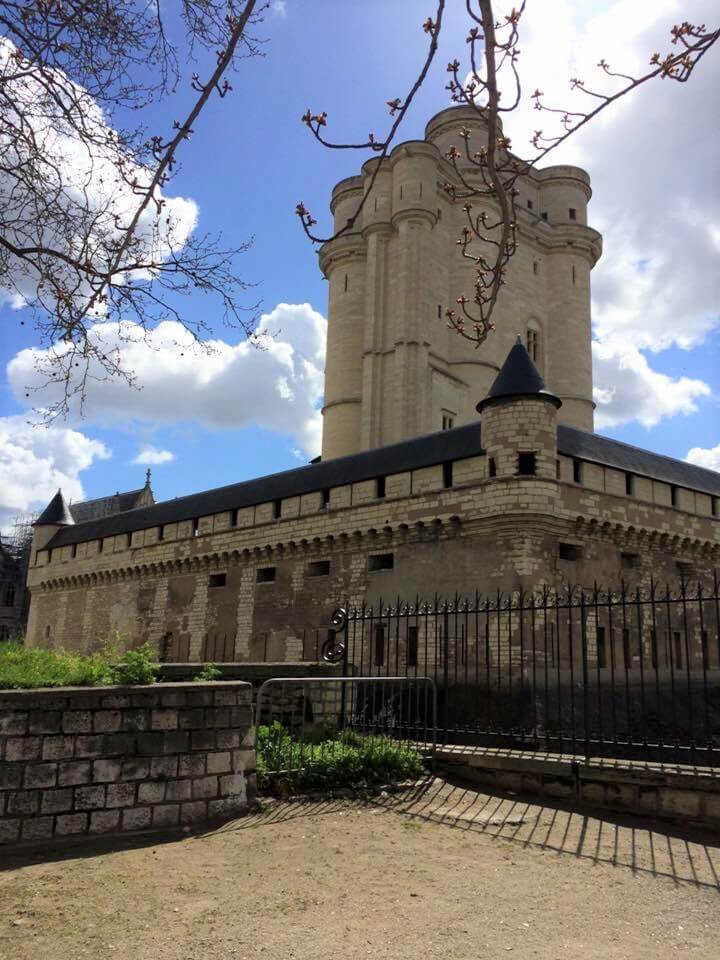 A little closer to the centre of Paris, but still very near by, the Bastille area has more things to explore and enjoy.

Are you planning a trip to Paris?  Click here to join my Plan Your Trip to France group on Facebook.

Don’t be tempted to linger around the Place de Bastille – it’s a giant traffic roundabout with a column in the middle, with nothing much to see.  If you like opera, the very modern Opera Bastille makes a real counterpoint to the over the top 19th century Opera Garnier back in the 9th. 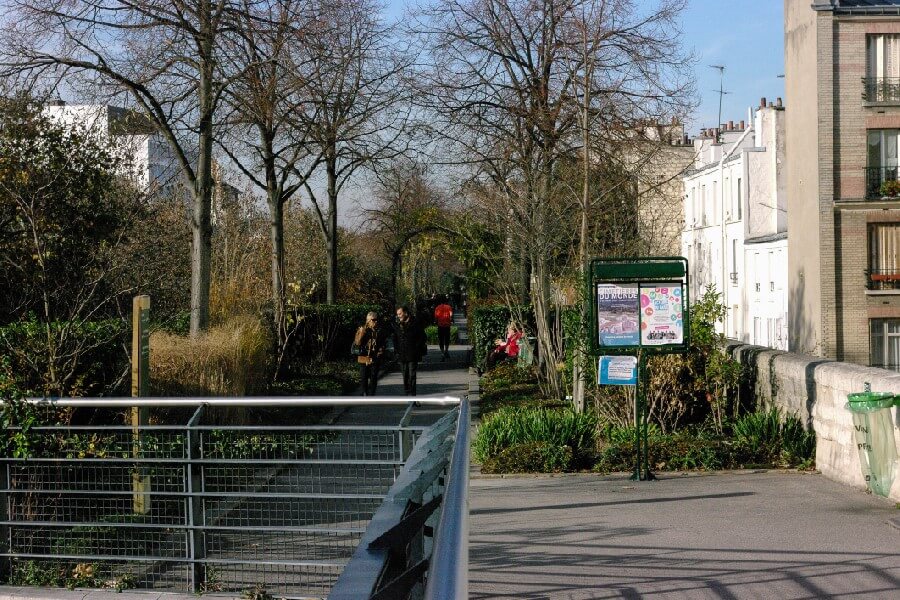 Then there’s the Avenue Daumesnil.  You can walk all the way along the Avenue Daumesnil from the 12th (it’s where the Hôtel de la Porte Dorée is located), almost as far as the Canal St Martin on the border of the 10th.  But the best way to walk along the Avenue is actually above it on the Promenade Plantée, a garden walkway built along a disused railway track.  Below the Promenade, heading east from the Place de Bastille, is a wonderful row of shops that you won’t find elsewhere in Paris.  Artisan shops selling handmade umbrellas and walking canes, clothes, tapwear and my very favourite shop in Paris Le Bonheur des Dames. 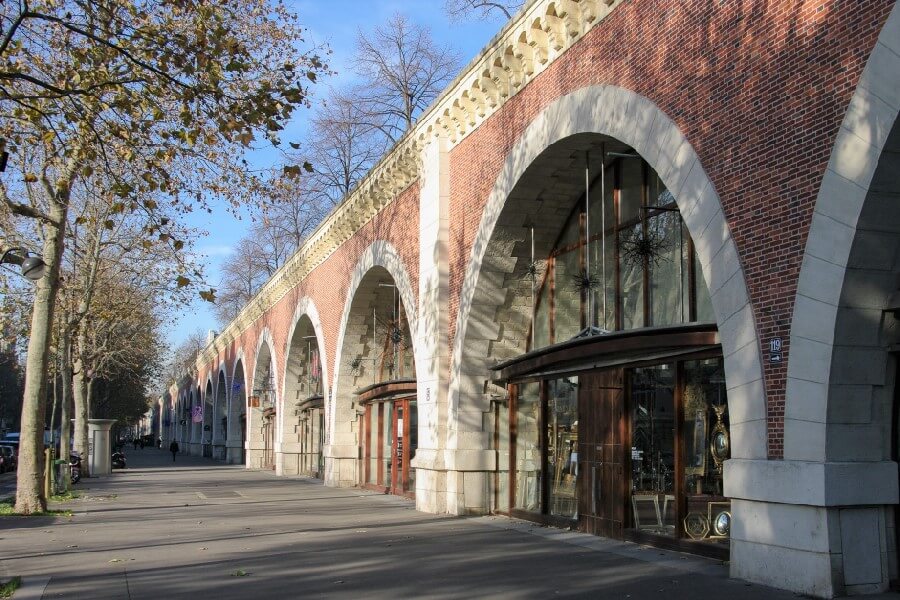 Shops under the Promenade Plantee

A little further afield, but still within easy reach is the Canal St Martin, which you can follow all the way north to the Bassin La Villette (just near the Parc des Buttes Chaumont if you want to make a full day of travelling south to north on the Right Bank.) 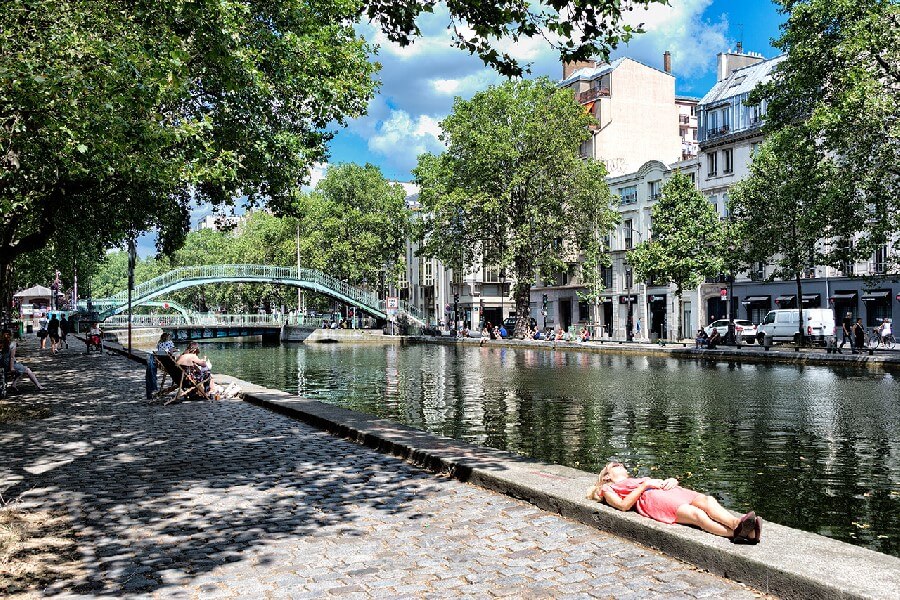 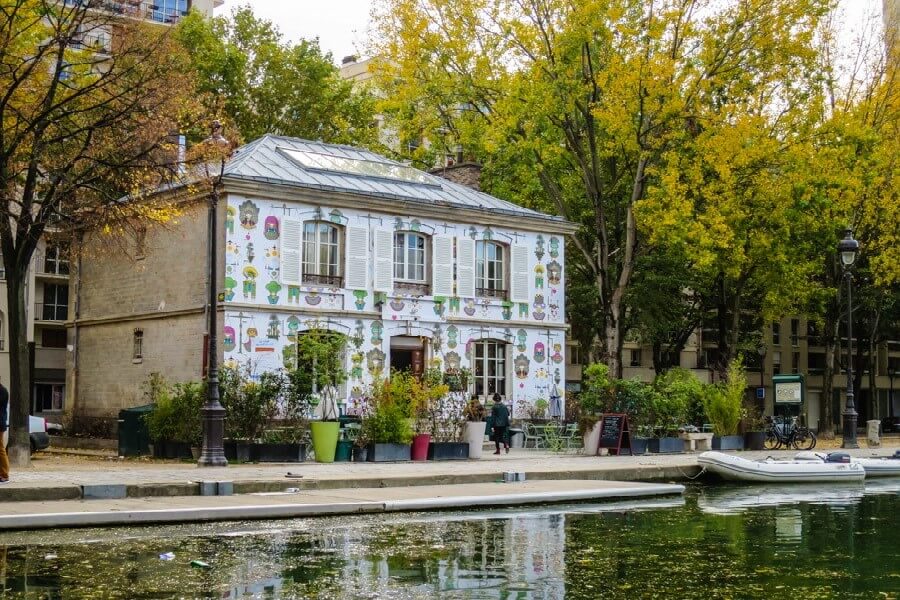 Eating and shopping in the 12th arrondissement in Paris

I didn’t get to eat in any of the restaurants in the 12th arrondissement of Paris.  I was just too full after the sumptuous sugar overload I enjoyed at my Ritz Hotel afternoon tea.  My French teacher, however, did.  She found them well priced and enjoyable.  She also enjoyed the oh-so traditional patisserie that is literally across the road from the Hôtel de la Porte Dorée. 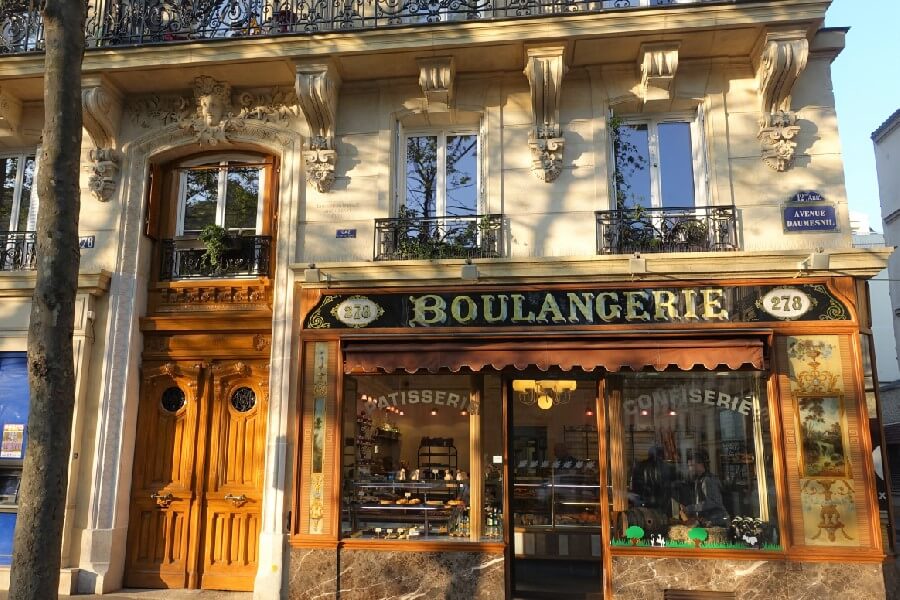 The terribly French bakery/patisserie across the road from the hotel

Because it’s very much a residential area, don’t expect to find tourist shops or high end fashion shopping around the 12th.  The shops I saw were all very sensible, local shops, designed for the sensible locals – pharmacies, little supermarkets, bakeries, patisseries and sweet shops.  I visited one little supermarket and was impressed to find my favourite French body lotion and a good supply of wine.

Is it worth staying in the 12th arrondissement of Paris?

Although my stay was too brief, I did enjoy the 12th arrondissement of Paris.  It is very much a residential area first and foremost, so if you want to experience Paris away from the tourists and find your own personal Paris, I think it is a good place to start. It’s a part of Paris where the shops are meant for locals, not tourists, a place where kids ride their scooters to school and where the locals will speak French to you without any problem.

If you have visited Paris before I think the 12th arrondissement is a Paris neighbourhood you should consider when you are planning your next trip to Paris.  It has plenty of activities to keep you busy – and away from Paris tourist queues.  And do try and stay at the Hôtel de la Porte Dorée – it really is very “sympa”.

Author’s note:  I paid for my own stay at the Hôtel de la Porte Dorée.

Canal St Martin:  Tom from A World of Flophouses

All other photos author’s own